On Halloween I’ve managed to get into the British Library for the first time in 6 months. The intention was to conduct some serious research into Lucian, the great Syrian satirist who wrote such dazzling Greek dialogues and parodies in the 2nd century CE. But he waylaid me. I have not read his Lover of Lies for at least three decades, and had forgotten that it’s all about ghost stories. 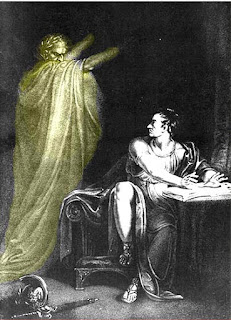 So I’ve spent the afternoon trying not to disturb other masked readers by laughing out loud. Lucian’s brilliant device is to tell a whole series of ghost stories, but put them into the mouths of supposedly serious professional philosophers who should despise all such superstitious lore about the supernatural. It’s a bit like jokes beginning ‘A Scotsman, an Irishman and a Welshman walk into a bar…’, but its ‘a Stoic, a Platonist and a Peripatetic go to a Halloween symposium’. 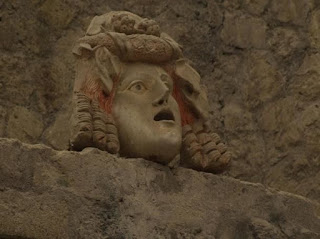 There’s the youth who summoned the ghost of his dead father and Hecate (who changes into a puppy) in order to get his ladylove into bed. There’s a statue of a pot-bellied man who at nightfall descends from his pedestal, takes a bath in the courtyard fountain and sings non-stop. A statue (belonging to a doctor) of Hippocrates comes alive and maliciously trashes his owner’s pharmaceutical cupboard. 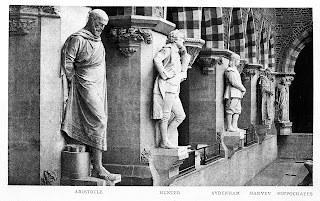 There’s a Medusa-like female three hundred feet high whose lower body is in the form of a snake; dogs can detect when she’s coming. One philosopher was led by her down to Hades, where he saw his dead father and Socrates looking fat and bald. 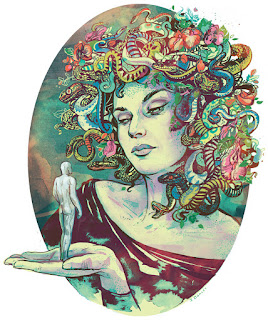 Another witnessed a man who’d been dead for twenty days enjoy a resurrection. The host was visited by the ghost of his wife who rebukes him for failing to locate one of her sandals, but then a Maltese terrier barks and they suddenly find it. There’s a pitch-black hairy ghost who can mutate into animals but can be made to disappear if you talk to him in Egyptian. 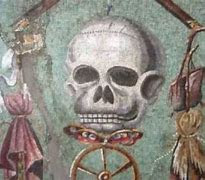 The narrator tries to bring the philosophers back to their rational senses by reporting that the wise Democritus had foiled the attempt of a gang of youths to frighten him. They ‘got themselves up in black palls and skull-masks, formed a ring round him, and treated him to a brisk dance’.  It didn’t work. All Democritus said was ‘Come on, enough of that nonsense’.

Nonsense it may have been, but the dialogue surely offers some inspiration for classical-themed Halloween costumes. Bags I the 300-foot Medusa who knows how to locate the dead Socrates.