Hope for 2019 from The People's Plutarch

This very day a long-awaited London University volume I have an essay in, co-authored with Dr Rosie Wyles, is published: The Afterlife of Plutarch. Philosopher, priest of Apollo, magistrate and ambassador, Plutarch is one of the most influential ancient Greek authors, especially via Shakespeare’s dramatisations of his lives of Caesar, Mark Antony, and Coriolanus. 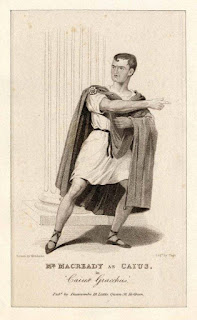 Plutarch’s accounts of the Gracchi brothers who died trying to redistribute land to poorer Italians were turned into rousing plays by both French and Anglo-Irish revolutionaries, and we show how these stage works were brutally censored. If anyone wants a pdf of our article, just email me at my two names separated by a dot @kcl.ac.uk.

Julian Hibbert, an excellent Greek scholar and freethinker who published an edition of it 1828, closes his preface ‘by consigning all “Greek Scholars” to the special care of Beelzebub’. He attaches dazzlingly erudite polemics on how religion is used to sedate what Burke called ‘the swinish multitude’, and on all the individuals falsely accused of impiety from Xenophanes, Socrates and Aristotle to the 19th century.

Hibbert was active in radical politics, as well, furnishing the arguments from Plutarch used by Robert Wedderburn, the mixed-race son of a Scottish planter in Jamaica by his African slave woman, when tried for blasphemy in May 1820.  Wedderburn’s court appearance persuaded the jury to recommend ‘mercy’, resulting in a sentence of ‘only’ two years in Dorchester jail. Plutarch is cited when arguing that it is better to deny the existence of a Supreme Being than to ‘entertain degrading and dishonourable notions of him.’

And for a visual treat, I’ve found the beautiful engravings by the unofficial artist laureate of the late Victorian and Edwardian Left, Walter Crane, in the socialist freethinker Frederick Gould’s Children’s Plutarch (1909). Gould had taught in board schools in poor London districts from his mid-twenties to his mid-forties, and developed a programme for teaching secular ethics with the help of classical instead of Christian literature. 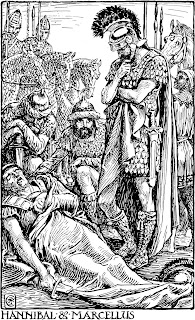 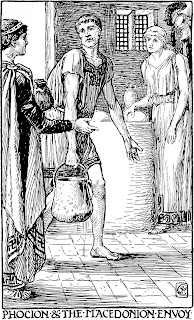 I can’t think of a better way to celebrate the arrival of a new calendar year, in a political climate where so many across the world feel powerless and mystified, than remembering how ancient Greek clarity of thought has helped democrats and progressives in previous epochs.  And here’s a New Year’s Resolution: A People's History of Classics will be finished any day now.

Given today’s British political emergency, let’s look at ancient history for ideas about a more strong and stable government.

I propose that the House of Commons tonight follow the example of the government of ancient Persia when it was once in meltdown. Mad King Cambyses and his younger brother/heir were dead. A Zoroastrian priest-magician who had pretended to be the little brother had been killed by seven conspirators.

Like many Top Tories, the conspirators were all posh and deadly ambitious but Had No Plan What To Do Next. So they held a snap debate (no tedious deliberation, obvs.) on what sort of constitution to pick. They chose hereditary monarchy. But which one of them was to be King?  Simples.

Next morning they would ride out together to the outskirts of the city. The one whose horse neighed first after sunrise would be the winner. One conspirator, Darius, had a clever groom who fixed it so Darius’ stallion neighed first, either by tethering a mare on heat nearby or sticking her scent up the stallion’s nostrils. Or so says Herodotus.

All of this gives a new meaning to the term STABLE government (sorry), and it sounds fun and more likely to produce a competent leader than the Tory MPs’ vote tonight. May and her rivals could ride out in a posse to e.g. Huntingdon racecourse. Huntingdon is near me (I want to watch), and Oliver Cromwell, himself a bit of a Regime Changer, was born there.

With our new horseback leader we can then solve the Brexit agony once and for all by invoking the ancient Persian custom of always holding a second referendum. They only made decisions of national importance after two votes coincided, one made when they were all sober and one when they were all drunk.

Assuming that the majority of UK voters were not inebriated on 23rd June 2016 (although that might be one explanation for the result), we must now hold a second referendum after a compulsory national bender. Christmas Eve, before we all stagger along to Midnight Mass, seems a suitable choice of occasion.