On Capital Punishment and Psychological Degradation

It is a grim anniversary. A year ago today the Federal Bureau of Prisons announced the addendum to the Execution Protocol which made it possible to resume capital punishment after a 2-decade pause. Eleven days ago, the new era was inaugurated when convicted murderer Daniel Lewis Lee received a lethal injection at the Federal Correctional Complex, Terre Haute.

Two more federal executions have since taken place and more are imminent. They include that of Lezmond Mitchell, even though the Navajo Nation of which he is a member opposes the death penalty, as do the families of his victims.  He has lost an appeal citing evidence of jurors’ racial animus. Last night I watched Clemency, a film about a prison governor who oversees executions in an unspecified American penitentiary. Written and directed by Chinonye Chukwu, it centres on a prison governor, who routinely oversees executions, during the days in which she tries to prepare herself, her staff, and Anthony Woods, convicted of shooting a police officer, for his execution. The acting of Alfre Woodard as the governor and Aldis Hodge as the doomed man is hair-raising, especially in the scene where she clinically describes execution procedures to him and he reacts in a frenzy of self-harm. Astonishingly, this encounter was filmed in just two takes. 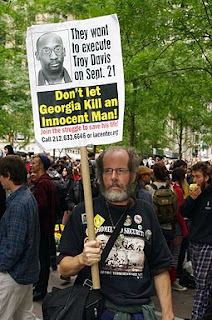 The case of Woods is inspired by that of Troy Davis, executed in 2011 for the murder of a police officer, a crime which he always denied. Yet the film refuses to take the viewer far down the two paths that we are led to expect by the casting of African American leads, and the doubt subtly thrown on the question of Woods’ guilt.

This is not a film about the disgraceful disproportion of ethnic minorities incarcerated in the USA. It is not even a film about the worn-out philosophical arguments pro and contra capital punishment endlessly recycled by debating societies at Liberal Arts Colleges.

No, it is a surgical analysis of the moral, emotional and psychological degradation of every single individual involved in putting a human being to untimely death. From the medic who panics when he can’t access a Hispanic convict’s vein, to the journalists supposedly witnessing executions who can’t lift their eyes from their notebooks, to the governor’s husband, emotionally neglected by his burnt-out wife, nobody escapes the dismal drip-feed of dread, depression, and despair.

Chukwu includes a scene in which the governor’s husband, a teacher, reads to his class from Ralph Ellison’s Odyssey-inspired Invisible Man (1952): “I am an invisible man. … I am a man of substance, of flesh and bone, fiber and liquids—and I might even be said to possess a mind. I am invisible, understand, simply because people refuse to see me.” This applies not only to the men executed in the film, but to the whole community. A society which requires any of its members to participate in these disgusting rituals brutalises all of them. 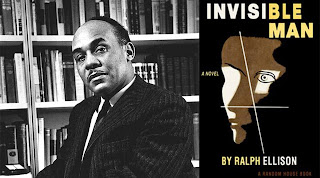 This blog has been painful to write because I find it difficult to admit that I once wondered if there weren’t individual cases where the death penalty might be appropriate. After I became a mother I watched a documentary in which a man who had killed a small girl boasted to the British police that he would be able for the rest of his life to get sexual pleasure from the memories of the crime. Why, I thought for some months, should any parent be forced to live with the knowledge that such fantasies were continuing to be enacted in the perpetrator’s imagination? Better, I temporarily believed, to erase that vile consciousness altogether.

But once the perinatal hormones had subsided, I was able to remember that no valid refutation exists of the argument against capital punishment that it is always unjust because irreversible and there are a thousand unexpected ways in which a question mark can arise over the security of the conviction. Clemency shows, just as importantly, that it is also always unjust because it makes inhuman demands on the personnel employed by the Department with, in the USA, the Orwellian title ‘Of Corrections’. Watch it and weep.

Brennus the Contested Conqueror of Rome 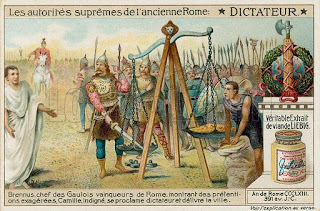 July 18 is the anniversary of the momentous Battle of the Allia (c. 390 BCE). The Gallic Senones defeated the Roman Republic as their prelude to sacking Rome itself. The humiliation was compounded when the conquering chief Brennus, having fixed Rome’s ransom at 1000 pounds of gold, added his sword to the scale (either cleverly or treacherously depending on your perspective), and, according to Livy declared, in perfect Latin, VAE VICTIS, or WOE TO THE VANQUISHED.

This unlovely sentiment has become proverbial. it has always been quoted by imperialists justifying cynical reprisals against conquered peoples. In an oppositional tone, it is cited by campaigners for just treatment of those defeated in war, from the Elizabethan poet Thomas Fenne ("For Allia brook can witness yet where thousand Romans dide; / The want of justice was the cause, it will not be denide") to a recent discussion of the predicament of Palestinians in the face of what is presented as their victors' settlement colonisation.


Ezra Pound, with typical facetiousness, claimed in Canto 96 that Brennus came to Rome only "for the wine, liking its quality". But Brennus, whose story also survives in Diodorus Siculus and Plutarch, provides an outstanding example of the contestation of ancient history. Many extreme but contradictory positions have been defended by citing the defeat of the mighty soon-to-be-world-empire of Rome and the northern European tribesmen. French nationalists obviously love Brennus. Thinking about his Roman spoils allowed salon painters to imagine their bizarrely helmeted forefather reviewing his allocation of five naked Italian women.

The first pre-dreadnought battleship built for the Marine Nationale was named Brenn and a spectacular portrait sculpture planted atop it. But British imperialists have also adopted him as exemplar ever since Geoffrey of Monmouth, who in his twelfth-century Breviary exaggeratedly calls Brennus conqueror of "Romans, the Grekes, and almost all the nations of the worlde".

By the time of Robert Montgomery Bird's popular abolitionist drama The Gladiator (1831), however, Brennus was associated with Spartacus as symbol of brave resistance to Rome by peoples of lands from which they drew their slaves. He was adopted as an ancestor of early trade union activists in Elizabeth Gaskell's Mary Barton (1848), where the factory owners awaiting a delegation of ragged workers resemble "the Roman senators who awaited the irruption of Brennus and his Gauls". The Celtic Revival poets identified themselves as "of the race of Brennus and Vercingetorix, of Cuchullain and Maeve...of the breed of the warriors who had shaken all empires although they had founded none".

But for admirers of Italy, ancient Roman civilisation, and indeed "law and order", Brennus has always represented anarchy, vandalism (after all, the Vandals themselves sacked Rome in 455 CE) and perfidy. In these versions, the hero is Camillus, who in Livy's patriotic account responded by putting his own sword in the scale, saying Non auro, sed ferro, recuperanda est patria (Not with gold but with iron will the fatherland be recovered). He is alleged to have routed the Gauls the next day. 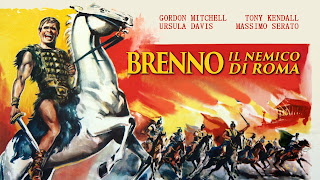 The sword-and-scales face-off was painted by Sebastiano Ricci and appallingly dramatised in the 1963 sword-and-sandals movie Brenno il nemico di Roma, starring the thoroughly decent Denver-born wieghtlifter Gordon Mitchell. He utterly failed to make Brenno as cruel and brutal a barbarian as the execrable screenplay required. Livy, frankly, had already done much better.