Why Aristotle would support a Second Brexiterendum 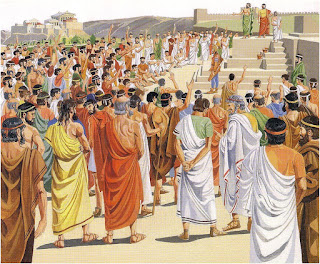 I’ve travelled a lot this year, and everywhere the question has been the same: what would Aristotle have made of Brexit?  He didn’t write much about confederacies between sovereign city-states, so I don’t know how he would have voted. But I’m sure he would say that the first referendum had been so inadequately deliberated that it was as good as completely invalid.

There was so much wrong with the first referendum: the Electoral Commission says that the Brexit campaign broke the law, and what should have been a lengthy process of public deliberation, informed by cool-headed journalism, was a hate-filled bawling-match marred by cynical lies and misinformation and appeals to base prejudices.

Aristotle was a fan of democracy, but only when decisions were properly deliberated according to his 8-point formula for decision-making: calibrating all likely outcomes, verifying all information, researching all precedents, etc. He used a tragedy by Sophocles to show how important it was to revise one’s opinion in the light of new information. When Neoptolemus in Sophocles’ Philoctetes comes to understand the inhumane consequences of abducting the disabled hero, Aristotle praises him for his openness to revising his views.

In another play, Antigone, Sophocles showed that error-laden, precipitate lawmaking can be corrected if the ruling powers are persuaded to rethink. Creon does change his mind about executing Antigone, when given new information by Tiresias, but he changes it too late. She is dead already. That play also insists on the importance of listening to the opinions of young adults, and large numbers of our own, who are the ones who will have to face the long-term consequences, did not have the opportunity to vote in 2016. They include my two daughters.*

Another Athenian writer, Thucydides, describes the fiasco when the Athenians vote in too much hurry, on the basis of passion, to execute all the men of the rebel city of Mytilene. The very next day a second Assembly is called, which rescinds the brutal decision.

All three men had direct experience of the Athenian democracy, and supported it. They had absolutely no problem with the idea of a second vote on important matters. Neither do 86% of the Labour Party and many Tories, including my own in-the-wrong-party MP Heidi Allen, who always talks good sense. 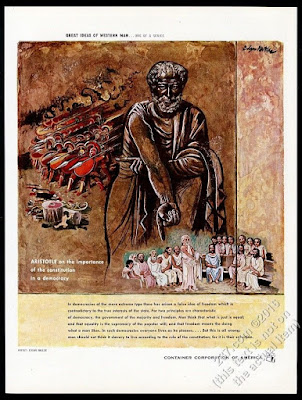 So let’s continue pressure, by any peaceful means possible, for a second Brexerendum, accompanied by a public enquiry led by disinterested experts on the likely consequences of a choice either way. I happen to be a Remainer, but I have many rational, benevolent and well-informed friends who are not. If the mass citizenry of the UK really wants Brexit, it will vote accordingly. So what are those who refuse to consider an idea that Aristotle, Sophocles and Thucydides would all have supported, really so afraid of?

How Not to Submit a Chapter for an Edited Volume 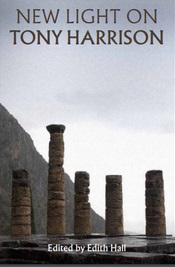 The work of editors of themed collections, a format which has much enhanced and publicised international collaborative research in Classics, is inspiring, arduous, and occasionally downright irritating.

Allow me a whimper after a sweaty August at the keyboard. There is an etiquette about how to talk to one’s editor. Here are my top nine grumbles, in case they help less experienced colleagues:

1             Writing, ‘I haven’t checked all the references to the ancient text—could you help out as I’m very busy’ (especially irritating from a retired person).

3      Writing in a footnote, ‘There have been no studies published of this issue’, when you as editor published a prize-winning monograph on the topic four years ago.

4             When citing twenty publications, including eighteen of your own and only two by other scholars.

5             In the ‘Biographical Notes’ section, requiring your editor to change the entire entry under your name no fewer than five times when you’ve given another lecture.

6             At proof stage, when the book is already being indexed so pagination can’t be changed, inserting large chunks of new text without even an apology.

7             When requiring several images, saying at the last minute that you need the editors to find sums in three and even four figures to pay for reproduction permissions and demanding that the editor write to the museums and galleries themselves.

8             Being rude about corrections the editor has made, when they are simply rectifying factual falsehoods or grammatical errors. Disputing the English-speaking editor's grasp of English idiom when it is your second language incurs special animosity.

Most contributors do none of these. Some even add lovely footnotes thanking the editor for all their hard work and attentiveness. But some do all of them, and yes, it’s usually more senior colleagues who narcissistically exploit their supposed eminence to justify their shocking manners. 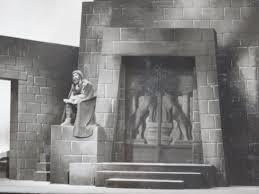 Of course I’m not naming any names, but, as the watchman says in Aeschylus’ Agamemnon. ‘A big bull stands on my tongue... I'm happy to speak to those who understand, and be taken no notice of by those who don’t'.

I'm  only ever editing one more collection, and that solely because it's already under contract (on Aristophanes' comedy). Posting this blog means I've made that resolution publicly!