The highpoint of the version of Aeschylus’ Oresteia showing at the Almeida Theatre in London (my paywalled review in this week's Times Literary Supplement is pasted below) is the murder of Agamemnon by his wife Clytemnestra in their bathroom. Aeschylus invented almost everything important in non-comedic theatre; in this scene, described as it takes place by the raving, clairvoyant Cassandra, he demonstrated for all time the grim aptness of the bathroom as slaughterhouse.

Is it the  contrast between smooth ceramic surfaces and soft flesh, pools of water and spurting blood, violent blows and gentle laving? Or perhaps it’s the analogy between towels and shrouds, between a corpse floating in bathwater and an embryo in amniotic fluid.

The most famous subsequent bathroom death in theatre is Charlotte Corday’s stabbing of Jean-Paul Marat (1793), as dramatized in Act IV of François Ponsard's tragedy Charlotte Corday (1850). The play inspired a plethora of depictions, like this one by Baudry, which put Corday back in the historical frame from which she had been excised as a counter-revolutionary in 1793 by Jacques-Louis David.

Clytemnestra killed Agamemnon, the slayer of their daughter Iphigenia, because (1) there was no homicide court in Bronze-Age Argos and (2) she thought she was as well qualified as him to lead. Corday murdered Marat because (1) she thought the French revolution had Gone Too Far and (2) she had read Plutarch, having received an education equal to a man’s; Plutarch’s Lives tell of doughty ancient statesmen who stood up for their political principles.

This is what depresses me about the 20th-century equivalent of Aeschylus' and Ponsard’s bathroom scenes, the shower sequence in Hitchcock’s Psycho (1960). Somewhere along the line, our public art renounced the duty to challenge and inform in a moral and political way. However innovative cinematically, however scary, watching a petty fraudster being slashed to pieces by a psychotic just doesn’t compare with bathroom murders which thrash out the fundamental contradictions in the Athenian democracy or revolutionary France.

I’m in Los Angeles right now, to give a Getty lecture on the Oresteia’s politics, and am tempted to approach Hollywood godfathers with my idea for a movie version in which the bathroom showdown symbolises an insoluble problem of our day: e.g. American racism. It may make me naïve, but I’m still campaigning for serious public art that is also enjoyable. The ancient called this art that married the useful (utile) and the pleasurable (dulce). Yet another old ideal we would do well to revive.

TLS review, 'An Atmosphere of Emergency 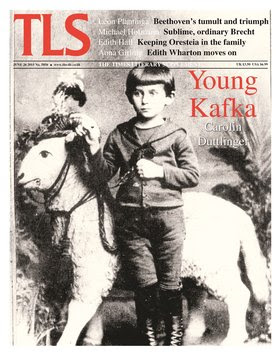 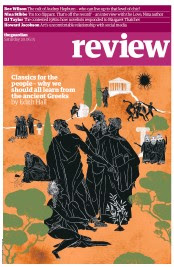 On June 4th I gave ‘the Gaisford lecture’ at Oxford University, named after the Regius Professor of Greek there from 1811, and chaired by the current one, Prof. Chris Pelling. Its title was 'Pearls Before Swine? The Past and Future of Greek.' The revised text appears in the Review section of Guardian 20th June and below. There is a video summary on the website of the Classics and Class research project on which I work with Dr. Henry Stead.[i]

The lecture set out my view of the purpose of education. I share this with Thomas Jefferson: education needs to equip people to defend their liberty. I argued that Greek ideas are more significant than grammar in so equipping them.

In my personal utopia, all citizens could study Ancient Greek, Latin and every other subject, free of charge, at any time. But in 21st-century Britain, Ancient Greek ‘A’-Level, available at hardly any state-sector schools, marks money and privilege. It also, embarrassingly, gives the few hundred privately educated teenagers who take it a queue-jumping ticket to the ruling class. Greek (and/or Latin) ‘A’ Level, solicitously taught, gives them a better chance of getting into Oxbridge than any other subject.

There is an affordable solution: extending the excellent ‘A’-Level in Classical Civilisation, taken by several thousand state-sector students annually, across the whole school system. Teachers with PGCEs in English, History, Religious Studies, Modern Languages, and Philosophy can offer it. Wherever it is introduced, it is popular and successful. It has inspired dozens of high achieving professionals, like James Brabazon, comprehensive school educated and an award-winning frontline documentary  film maker. It can be taught by teachers with a PGCE in another subject.

But getting the Greeks to the people means giving ‘Classical Civilisation’ the intellectual respect it deserves. Having taught it, I know that it requires just as much analytical, critical and lateral thinking as ‘A’-Level History or English. Unfortunately, some classics lecturers and alumni denigrate it from a position of ignorant privilege, thus perpetuating the classical apartheid in British education.

So I included in the lecture some of the glorious gallery of people outside academia who have been inspired by encountering Greek ideas but in their mother tongue: Thomas Jefferson, framing the Declaration of Independence, borrowed the ‘pursuit of happiness’ from Aristotle. Toussaint Louverture read Plutarch’s account of Spartacus before leading the first successful slave rebellion on Haiti in 1791. Chartist leaders were inspired by the Athenian democratic revolution. Women suffragists recited at their meetings the resounding speech which the tragedian Euripides gives his heroine Medea on the economic, political and sexual oppression of the entire female sex.

All power to all their elbows, say I. Thomas Gaisford may be turning in his grave, but somehow I’m okay with that.

[i] I outline these question in my latest book, Introducing the Ancient Greeks (Bodley Head, 2015).


[i] The complete 50-minute lecture can be viewed on the Oxford University website here.
Posted by Edith Hall at 14:26 No comments:

Diomedes Jones on the Somme: The Best 'War Poem'? 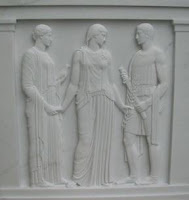 This week a public London Uni Classics conference, ‘Poetics of War’, marks the centenary of the Second Battle of Ypres. So I can publicly celebrate my favourite ‘War Poem’, David Jones’ In Parenthesis. An artist before he turned to poetry, Jones created images of trench life more daring than anything by Owen or Sassoon: ‘Men-bundles here and there in ones and twos, in twos and threes; some eating, others very still, knee to chin trussed, confined in small dug concavities, wombed of earth, their rubber-sheets for caul.’

The poem ironically equates the soldiers with Arthurian heroes, but anchors them in a war history stretching back to Thermopylae, Macedon and Roman Britain. Its objective reporting of death and detail of camp life are resonantly Homeric. The supreme Troy episode is the boasting speech of the eloquent Welsh private Dai Greatcoat at Christmas 1915, a modern response to Diomedes’ famous ‘flyting speech’ in Iliad 6. 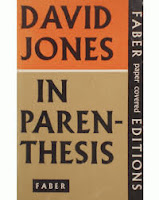 In Parenthesis marries aesthetic Modernism and ‘modern war’ content. The underlying economic, technological and political causes of the war were the same as those of the revolution in aesthetic sensibility which we call Modernism. In Britain (with the possible exception of Isaac Rosenberg), the other war poets were conservative in aesthetic terms, rehashing Victorian verse forms and outdated poetic diction. Jones, who didn’t begin writing until a decade post-war, single-handedly invents a Modernist War Poetry.


It is also a lower-class war poetry. Most of the poets were officers, writing in guilt-laden anguish to question the point of ever waging war at all. But Jones, although from an Anglo-Welsh middle-class home, was an ordinary private soldier. He is proud of his gun and interested in weapons technology; he celebrates the courage and humour of the rank-and-file, the elaborate intricacies of the trench habitations they constructed, their daily heroism in the face of rats and leaking latrines. ‘Two armies face and hold their crumbling limites intact. They're worthy of an intelligent song for all the stupidity of their contest.’

Finally, in his haunting preface, Jones poses the very question which In Parenthesis seeks to answer: how can art respond to industrialisation of war? ‘It is not easy in considering a trench-mortar barrage to give praise for the action proper to chemicals—full though it may be of beauty. We feel a rubicon has been passed between striking with a hand weapon as men used to do and loosing poison from the sky as we do ourselves. We doubt the decency of our own inventions, and are certainly in terror of their possibilities.’ In Parenthesis was eerily prophetic, too.
Posted by Edith Hall at 09:43 No comments:

A Cynic's Advice on Enjoying Corruption in Football

FIFA’s reputation has just hit a new low, with claims that Germany purchased Saudia Arabia’s support of their bid to host the 2006 World Cup with a gift of rocket-propelled grenades. Football is a multi-billion dollar business at the heart of advanced transnational capitalism, with umbilical ties to private wealth accumulation, nationalist and macropolitical interests. Why wouldn’t it be entangled with the arms industry as well as OFCs, tax evasion on an eye-watering scale, betting scandals, drugs, dodgy construction contracts, money laundering, and the criminal underworld?

It is delusional to argue that enhanced morals, transparency and regulation can solve the problem. Without replacing transnational monopoly capitalism with another economic system, the only sensible policy for a Cynic philosopher is to embrace the extra theatricality which power-politics, felony and litigation bring to this planetary entertainment. In 1978 Argentina donated 35,000 tons of grain  to Peru in return for a 6-0 victory (they needed to win by 4 goals to reach the final, which they then won). If I had known about the transaction, I would have enjoyed watching the play-acting and found Peru’s humiliation far less painful.

The 2002 World Cup, held in South Korea, was vastly enhanced by the hosts’ bizarre victories over European titans (Spain, Portugal and Italy) on their improbable journey to the semi-finals.  The ‘refereeing’ of their elimination match with Italy was one of the most amusing things I have ever witnessed, and the bloodletting truly gladiatorial.

My only complaint about the Football Association of Ireland’s admission that it accepted €5m hush money when it threatened legal action over the Thierry Henry handball which stopped Ireland qualifying for the 2010 World Cup is this: things were hushed up instead of playing out publicly for our delectation in a public court.

The first great British football scandal, in 1905, involved a £10 bribe, Manchester City's Bobby Meredith and Aston Villa. But it increased public enthusiasm for both Meredith and football. Bribery was a feature of ancient sport as well, and surely added to the public's entertainment. My esteemed King's College colleague Professor Dominic Rathbone is the editor of an ancient Greek contract from Egypt, dated 267 AD, in which one teenaged wrestler agrees to lose a match against another in return for 3,800 drachmas. This may sound a lot, but I don’t think Sepp Blatter would have been impressed. Forget the Mercedes-Benz: this was the price of a single donkey.

The fixing of that ancient match may well have added to its spectators’ enjoyment. As a child I was transfixed by televised bouts between Big Daddy and Giant Haystacks, when the whole point was figuring out in which round each had agreed to concede to the other and with what absurd manoeuvre. The only things that differentiate those matches from the Gesamtkunstwerk of modern football is the amount of lucre involved and football’s extra attraction of pointless moral posturing from the likes of Greg Dyke, David Cameron etc. Now for an hour of cynical laughter immersed in the sports supplements… 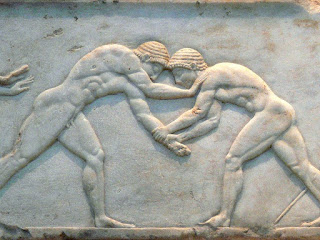