The news is riddled with heads of state whose power has gone to their heads. What with al-Assad’s helicopters dropping five barrel bombs on Aleppo for every rebel shell, Putin invading Ukraine, Erdogan trying to ban Twitter in Turkey, and the Egyptian ruling militiamen’s judge passing death sentences on 529 people simultaneously, we aren’t lacking candidates for the title of ‘most ruthless tyrant’ in the 21st century.

Time for a fast exit—I’m off to China, to lecture at Zhejiang University. I may not be able to post a blog next weekend. But a preparatory peep into Chinese antiquity has revealed that today, 29 March, is the 2,100th anniversary of the death of one of the greatest emperors in world history, Wu of Han.

He was born in 156 BC, at about the time when Macedonian strongmen were beginning to give way to Roman imperialism. But Wu makes men like Alexander the Great (let alone Julius Caesar) look a bit of a patsy.  ‘Wu’ means ‘warlike’. He was a military genius whose cavalry vastly expanded the borders of China by ‘annexing’ parts of what are now Vietnam, Korea and Kyrgyzstan.

He announced that Confucianism was the state religion and killed tens of thousands. On the plus side he opened an Imperial Music School. True to the form of anyone allowed to retain power for more than five or six years, he developed weirdness and paranoia.


He also reigned for no fewer than 54 years, a length of time unparalleled by any Roman Emperor. So he could be very strange for a very long time. He surrounded himself with magicians and asked them to come up with a pill which would make him immortal. When they disappointed him, he had them executed. He accused his 'barren' wife of witchcraft and had her lady attendants burned to death.

Wu went on expensive imperial tours with a vast entourage and emptied the national treasury. He 'suppressed' several peasant revolts. He had psychotic delusions in which little puppet-figures beat him with sticks; they convinced him that everyone wanted to assassinate him. He drove both his empress and his oldest son to suicide (this is more Tyrants of Thebes in Tragedy than Alexander or Caesar).

So how have I got into my sixth decade without being told that my rather suspect fascination with crazy dictators, at least with dead ones safely confined to history books, could be far better fed by the Han dynasty than anything the Mediterranean has to offer?  Overjoyed at discovering Wu, and attempting to avoid TV exposure to the megalomaniacs taking over the contemporary world, I tried to order these two items from various online outlets. The first costs £180 and the other is ‘temporarily unavailable’. Can any of you out there lend me a copy of either to watch before next Friday? Please?

Are Modern Theatre Audiences too Respectful?

Twenty years ago I was thrown out of a performance at the English National Opera of an opera by John Buller based on Euripides’ Bacchae. An aesthete sitting in front of us had complained to the bouncers because my escort, no classicist, whispered occasional questions to me, such as ‘Why is Teiresias wearing coconuts?’ The expulsion was poignant because, unbeknownst to the complainant and the bouncer, I had been a consultant on the show. I had only got to sit amongst the most refined opera aficionados, in expensive seats, as a reward for writing the programme essay.

I explained to our accuser that in Euripides’ theatre, the democratic audience (who had not paid ludicrous sums for the right to attend) felt entitled to comment noisily and get bad performers and dramas driven from the stage: really great productions received praise because they had managed, unusually, to spellbind the audience into silence. Unfortunately my line of argument didn’t work and in lieu of the second half I ended up explaining the coconuts in the pub. 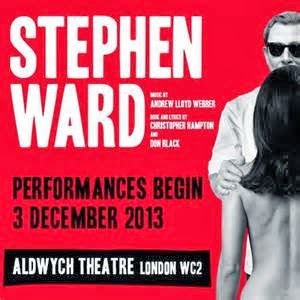 Fast-forward two decades to an almost empty theatre at a production of the disastrous musical Stephen Ward, imminently closing, about the Profumo affair. I bought myself a ticket because my children’s great-grandfather (on their father’s side, I hasten to reassure you) was Percy Murray, the owner of the sleazy nightclub at which the main players (Keeler, Ward etc) met one another. Much of Act I is set in this legendary knocking shop, and my children’s great-grand-dad even gets to sing! What an honour! To have a role written for my in-laws by Andrew Lloyd Webber himself!

Sitting at least five seats from anyone else, dazed by the awfulness of the show, I made my reactions available to my tiny Twitter following. The next day I received in response a stream of outraged tweets from one of the actors, who found it astonishing that I should think it okay to sabotage the creation of Art by tweeting at a live performance. His grounds were that it was bad manners, could disturb other spectators (possibly, but nobody was sitting near me) and was disrespectful to the actors.

How, exactly? I have learned to ignore all the students who live tweet my lectures, regardless of whether their views are positive or critical. That is their right. Now that Higher Education is a commercial transaction, they are paying vast fees, as we all have to pay small fortunes to attend London musicals. Call me a boorish groundling if you will, but shouldn’t the performers of both lectures and musicals, selling their products, have to earn their customers’ respect?  I would be interested to hear your opinion.
Posted by Edith Hall at 10:47 No comments:

This week two pillars of the British Left died. One, Tony Benn, was in his 80s. The other was Bob Crow, a 52-year-old active Trade Unionist of exceptional effectiveness. Because the refined Benn gets lots of praise and the rough Crow doesn't, here, in the spirit of obituary, are 10 facts about crows.

• Crows are intelligent, the equal of all apes in tool creation, visual recognition and abstract thought.
•  Unusually for birds, crows play and enjoy sporting activities.
• Crows are strong, stout and possess what are perceived as raucous voices. The first ancient Greek barracking barrister was nicknamed Korax, or ‘Crow.’
• The old English collective noun for a flock of crows is a ‘murder’ of crows.
• Crows are loyal, marry for life, and defend their own families and ‘murder’ members to the death.
• Crows are cooperative, travel in groups, and congregate for daily parliaments and to roost together.
• Crows are not territorial as individuals or couples; nests are only temporary shelters for rearing young.
• Crows sun themselves.
• Crows are vilified by humans in many languages, cultures, and myth systems as dirty, ugly, ill-mannered, threatening, noisy, pushy and greedy. A favourite ancient Greek way of being rude to someone was to tell them to “Go To The Crows.”


• The brilliant General Secretary of the British Rail, Maritime & Transport Union, who died suddenly this week, was called Bob Crow. He was highly intelligent, loved sport, was strong, stout and possessed of a stentorian voice. His union was not described as a ‘murder’ but usually as ‘a gang of mindless thugs’ or ‘set of dinosaurs.’ He was loyal to his class. He was highly collaborative, and congregated for daily parliaments. He lived in a council house, not (as alleged by the mainstream press) because the rent was inexpensive but because he believed in solidarity with the under-privileged and had no territorial desire to feather his own palazzo.
Crow liked package holidays and sunning himself (once claiming that he didn’t have to use sun cream because he was ‘a Greek god.’ This was a joke at the expense of his own appearance, although the British press claimed it was evidence of megalomania). He liked good food and wine and when photographed in restaurants by the right-wing press said, reasonably enough, that he saw no reason why the working class should not have the same access to them as anyone else. But he was universally vilified by journalists who serve the rich and privileged as diabolically dirty, ugly, ill-mannered, threatening, noisy and pushy etc. 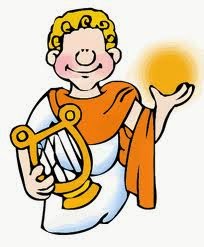 This is an ancient formulaic set of insults levelled at everyone who has questioned social unfairness throughout history: Thersites in the Iliad, Cleon in Thucydides and Aristophanes, just for starters. The polemic, outrageously, seeks to deny people the political rights to campaign for their class on class-based aesthetic grounds.

Finally, not a fact but a subjective opinion. I talked at length with Bob Crow in the 1980s. I didn’t like him personally. I suspect it was mutual. But I would have trusted him to defend my employment rights, and to stand by his word, more than anyone else I have met.I also wonder whether people would have reacted to him differently if his name was Bob Nightingale.
Posted by Edith Hall at 20:59 No comments: