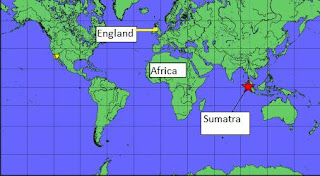 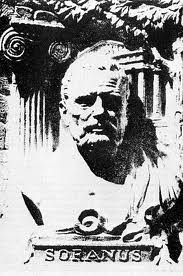 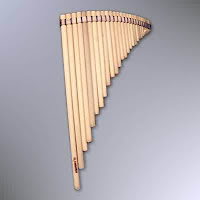 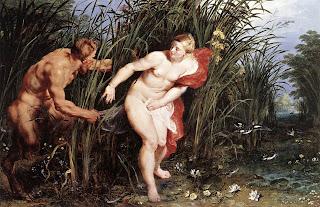 I propose that societies where virginity is an issue implement the Pan-cave test instead. It would be easier to administer and much more enjoyable. Both men and women could undergo it. They could play a tune on their own in a cave, or even flirt there with Pan. The examiners would be relieved of their task and get to listen to some music. The result would be just as reliable. What's not to like?
[i] Brilliantly introduced and translated by Helen Morales and Tim Whitmarsh in the Oxford World’s Classics series.
Posted by Edith Hall at 11:21 No comments:

What the Greeks knew about Combat Trauma


The Greeks knew a lot more than we do about insanity. If someone has either temporarily or permanently a perception of reality which is seen as markedly different from everyone else's in their community, they are today diagnosed as e.g. bipolar, schizophrenic, paranoid, or suffering from senile dementia.

In the case of US Staff Sergeant Robert Bales, who has just been sentenced to life imprisonment without parole for murdering 16 villagers in Kandahar, Afghanistan in March 2012, his lawyers said he was suffering from Post Traumatic Stress Disorder.
But the Greeks would have been quite clear that he had been assailed by Lyssa, the goddess who makes warriors behave like rabid dogs, forget whom they are killing and why, and 'lose it' in crazed fits of violence on the battlefield (or often, like Bales, far away from it in an assault on women and children).

Lyssa was not the inspired madness sent by Apollo which allows the truth and the future to be divined. It is not the mania of the attendants of the wine god, Dionysus, which blurs the line between fantasy and reality. It is not the vengeful bloodlust of the Erinyes or Furies, personifications of the mental changes which people undergo when their loved ones have been murdered. It is not the heightened emotional sensitivity of girls in the early months of achieving fertility, changes overseen by Artemis.

Lyssa only attacks trained killers like Heracles, who in Euripides' tragedy murders his wife and three small sons. In his psychotic delusion he thinks they are the family of his deadliest enemy.
In the story of Troy, the trained killers whose anger management issues suddenly explode into  'insane' violence are all members of the army of occupation. Achilles starts sacrificing innocent youths on funeral pyres. Ajax attacks his own generals, or so he thinks: he is deluded and attacks their livestock instead. Odysseus comes home and kills a hundred local islanders because they have helped themselves to his larder.

I am not a pacifist. I think I could probably retain my sanity after shooting someone trying to kill my family.  People defending their own have always coped far better with combat trauma than soldiers sent off to distant lands for ill-defined reasons by cynical leaders. This is why all the PTSD in Greek myth happens to men like Bales--invading warriors rather than members of the home team. Such incredible wisdom could usefully be borne in mind today by the creators of foreign policy.
Posted by Edith Hall at 05:16 1 comment: