The political associations of the discipline I have spent three decades trying to democratise have been tarnished this week. So, here is a celebration of five of the exemplary non-Etonian classicist Members of Parliament who feature in the book I’m about to publish with Henry Stead, A People’s History of Classics: Class and Greco-Roman Antiquity in Britain.

Ben Tillett, who served as MP for Salford 1917-1921 and 1929-1931, had taught himself Latin and some Greek in order to improve his oratory.  Tillett was labouring in a brickyard by the age of eight, followed by work as a fisherman, circus acrobat, cobbler and sailor. He moved to London, and in 1887 formed the Tea Operatives and General Labourers Union, later renamed the Dock, Wharf, Riverside and General Labourers’ Union, while working at Tilbury docks.  He earned fame as a union leader in the London Dock Strike of 1889, and in 1910 co-founded the National Transport Workers’ Federation, later the TGWU.

Jack Lawson, as one of ten children of an illiterate mother and a County Durham miner, followed his father down Bolden Colliery Mineshaft at the age of twelve. He went on to become MP for Chester-le-Street and Financial Secretary to the War Office in the first Labour Government. But that first required a rigorous self-education with a miners' group studying Latin and Greek and  collecting second-hand books, of which his favourite were the Homeric Epics and Gibbon's Decline and Fall. 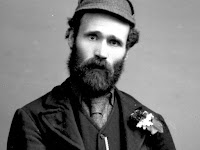 Keir Hardie, a founder and the first leader of the Labour Party, taught himself Latin and Ancient History after twelve-hour shifts down the mine precisely in order to prepare himself for debating with higher-class political adversaries. 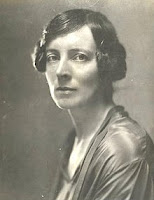 Mary Agnes Hamilton, a Newnham classicist from Glasgow, was elected  Labour MP for Blackburn in 1929.  Hamilton was a radical journalist who wrote high-end ‘popular’ books about ancient Greece and Rome for OUP’s Clarendon Press, including Greek Legends (1912) and an accessible history of the ancient world (1913) covering the entire history of the Greeks and Romans from Hissarlik to Julius Caesar   Being an acknowledged expert in the history of the classical world lent authority to her biographies of Abraham Lincoln, John Stuart Mill, Thomas Carlyle and Ramsay MacDonald, as well as a lucid textbook The Principles of Socialism.

I hope these examples will help clear the reputation of Classics and Classicists in British political life and parliament. I’d like to stress, too, that our Prime Minster’s grasp of Greek philosophy and political theory is ropy at best.  This was evident when in 2015 he lost a debate where he spoke “on behalf” of the ancient Greeks (poor them!) against Dame Mary Beard for the Romans, whereas I was able to see her off with ease at the Cheltenham Festival a few years ago. This does not make me specially clever: any Classics graduate who can’t persuade an audience that the contribution of authors writing in ancient Greek was more important to intellectual history than those of ancient Rome shouldn’t be put in charge of Bullingdon Club piss-up, let alone a nation-state.
Posted by Edith Hall at 13:31 1 comment: