What Baby Jesus did Next

I always thought Christmas was the best Christian festival—everyone loves new baby stories. But sweet newborns become hyperactive toddlers, and so on to the hurricanes of puberty. I have also always thought that the most entertaining Christian storytelling—the narratives labelled ‘apocryphal’—are precisely the ones excluded from the New Testament. 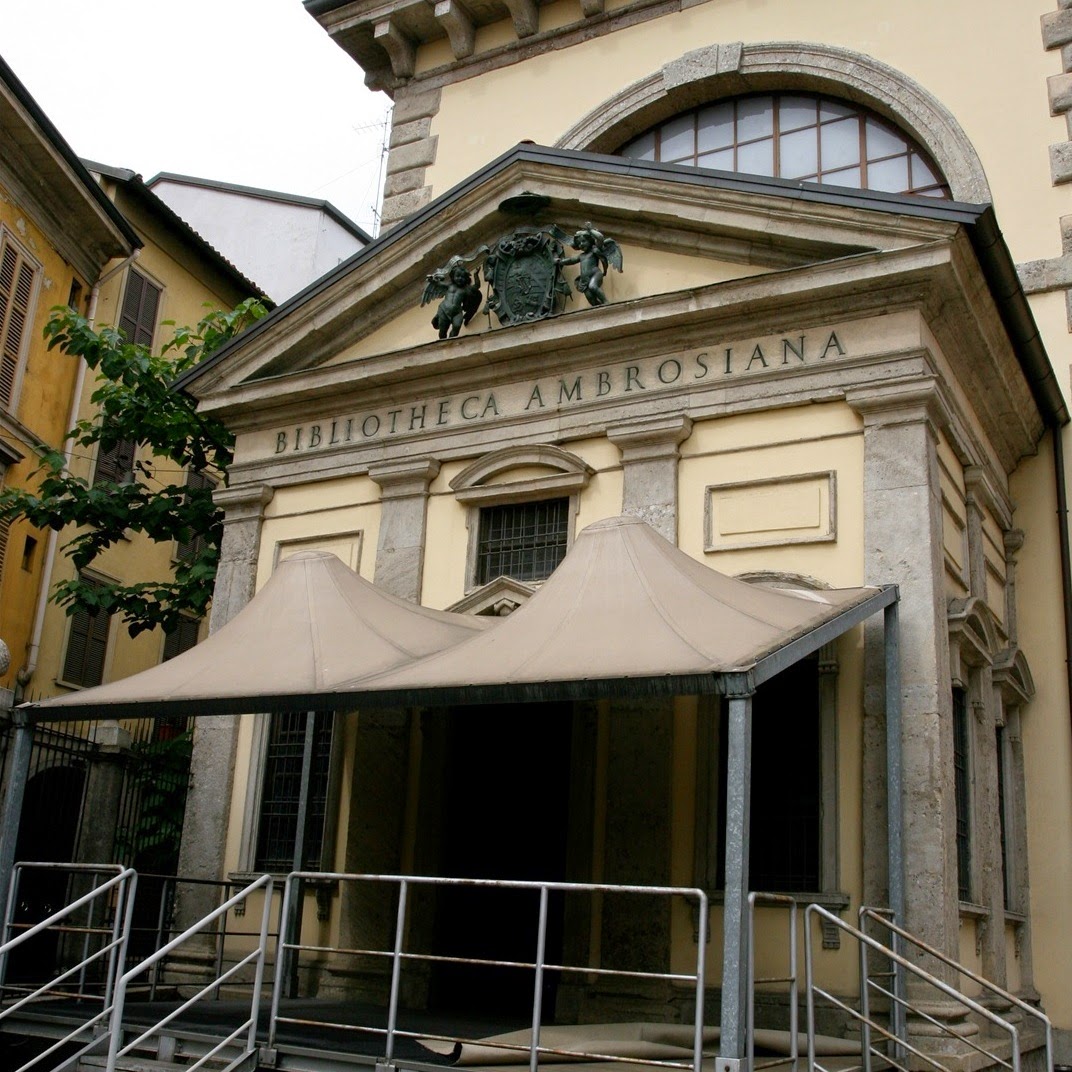 The canonical gospels are virtually silent, for example, on how Jesus of Nazareth and his parents weathered his first decade. Fortunately a text exists in both ancient Greek and Syriac which fills in the stormy missing years. The ‘Infancy Gospel’ attributed to St Thomas, and vividly illustrated in a manuscript in the Ambrosian Library in Milan, reveals a child who should have been handed over to Psychiatric Social Services.

At five, Jesus dammed a stream by telepathy and polluted the Sabbath by making twelve living sparrows out of mud. When another boy destroyed the dams, he cursed the boy, who promptly died. When a second child ran into him, Jesus cursed him and he also expired. The villagers protested to Jesus’ human father Joseph that his son was a dangerously disturbed juvenile delinquent. Jesus’ response was to have his accusers miraculously blinded.

When Joseph asked for a teacher’s help in disciplining his dysfunctional child, the five-year-old told his ostensible dad that he had been born ‘so that, father, I could teach you a lesson’.  Time for having pocket money withheld, if you ask me. Irritatingly precocious, Jesus taught himself the alphabet in order to show off at school. Time for Supernanny and the Naughty Step. But no.

Unchecked by his baffled parents, Jesus then murdered his next, wholly sympathetic schoolteacher, just for under-estimating his IQ. A third boy called Zeno, with whom Jesus was playing on a roof, fell off mysteriously and died.


There were, to be fair, a couple of ‘good’ miracles.  The young Jesus carried water for his mother in a cloak and sowed a miraculously abundant harvest. But does that outweigh four undeserved deaths and a mass blinding? I would be interested to know what you think! I need cheering up after an unexpectedly medieval week, not in a good sense, of which more anon.
Posted by Edith Hall at 11:02 4 comments:

I learned a very Greek lesson this week. I was happy on Monday* and boasted so to the world. I bought a leg of lamb to celebrate. On Wednesday at 1704 pm I checked on its progress in the oven. From a blister on its skin, a jet of scalding lamb fat spurted down the left side of my face. There ensued an evening in Casualty. Happiness evanesced. Hubris was punished.

The NHS treatment was ice-cold compresses and vaseline to keep the air away from exposed nerves. It still hurt. It occurred to me that the ancient Greeks must have suffered innumerable cooking accidents, since they roasted joints over open flames and offered smoke emitted by sizzling fat to the gods.  So I got out Guido Majno’s The Healing Hand: Man and Wound in the Ancient World (1975) to look for remedies.

An ancient Egyptian would have applied gum mixed with hairs from a ram, then intoned a charm over the breast-milk of a new mother of a son. The incantation is put in the mouth of Horus’ mother Isis when she heard her son had suffered burns: “Water is in my mouth, a Nile is between my thighs, I have come to put out the fire. Flow out, burn!”

If this means what I think it means I would have preferred to be treated by one of the Greek Hippocrates’ disciples. They knew the importance of sterile conditions to counter septicaemia in burns, and that burns victims became dehydrated. The Hippocratics gave them plenty to drink, and swilled their injuries with cool seawater (the salt prevented infection). In their textbook on ulcers they learned about ointments made of fat, oil and wax spread on clean cloth, like the vaseline gauzes which burn doctors use today. But prevention is better than cure. From now on I will always wrap joints of meat in foil, and to hell with the crispy finish. The Father of My Children, to prevent me going anywhere near an oven, has booked us a pub lunch on Christmas Day. I may even go vegetarian again (last time was after being offered kangaroo stew in Australia). Quite a few of you out there will be roasting fauna over the next few days, so as I sport (I hope only temporarily) my Phantom of the Opera look, my heartfelt holiday message is simply this: COOK, BEWARE: Caveat coquus.**

*Because (1) two of my wonderful PhD students, Helen Eastman and Matt Shipton, had passed their vivas with flying colours; (2) the best Classics & Class film yet, Henry Stead’s brilliant mini-feature starring Sara Monoson on radical Aesop, was posted on the project website.
** Or, as Herodotus might have said, "Call no woman happy until the roast is safely on the table".
Posted by Edith Hall at 18:24 1 comment:

What would Aristotle say to the CIA?

The main argument heard this week, in response to the US Senate Intelligence Committee’s report on the CIA’s ‘enhanced interrogation’ programme, has been that it doesn’t work.  People since Aristotle have known that information extracted under torture is always questionable since, as he said in his guide to making legal speeches, 'those under compulsion are as likely to give false evidence as true, some being ready to endure everything rather than tell the truth, while others are equally ready to make false charges against others, in the hope of being sooner released from torture.’

I am as disgusted as anyone by the revelations, but think we should divert our moral energies from condemnation to considering alternatives. To use Aristotle’s distinctions in book 3 of his Nicomachean Ethics, if we are agreed on the legitimacy of the CIA’s end—to gain information about planned acts of terrorism—then what we need to discuss is the means.

The most successful information-extracting exercises in history were the ‘M’-room operations in World War II.  Ten thousand German POWs—submarine crews, Luftwaffe pilots, 59 generals—were housed in comfortable stately homes including Trent Park near Cockfosters, north London. They were wined, dined, and made to feel respected and comfortable.

The MI6 officer who ran the whole operation, Colonel Thomas Kendrick, invited the generals to sumptuous parties. They chatted freely, unaware that he understood German. Another MI6 man pretended to be a Scottish aristocrat called Lord Aberfeldy, and earned the Germans’ trust by buying them luxuries. The residences were electronically bugged and Jewish refugees from Germany (including Fritz Lustig who two years ago recorded this interview for the BBC World Service) transcribed the conversations. These revealed invaluable insights into the Germans’ strategies and weapon technology, including what was going on at Buchenwald and, crucially, the location of the V2 rocket site at Peenemunde.

‘M’ took a huge amount of work. The wiring of Trent Park took six months. Hundreds of secret listeners transcribed a hundred thousand conversations. But the effort and expense paid off. Perhaps the CIA need to learn foreign languages, build a luxury hotel on a Caribbean island, and start inviting suspected terrorists to beach parties. It would be less exhausting than operating a waterboard machine. And it would remove the suffering and moral degradation, i.e. truly ‘enhance’ the experience for both suspect and spy.

I always used to believe the British judge James Stephen, who wrote of torture in 1883, ‘There is a great deal of laziness in it. It is far pleasanter to sit comfortably in the shade rubbing red pepper into a poor devil's eyes than to go about in the sun hunting up evidence.’ But surely it would be even more pleasant as well as more effective to share a Michelin-star meal with your captive. Aristotle insisted that when deliberating means towards ends people could consciously choose either virtuous or evil means. I trust he would agree with me.
Posted by Edith Hall at 10:40 2 comments: 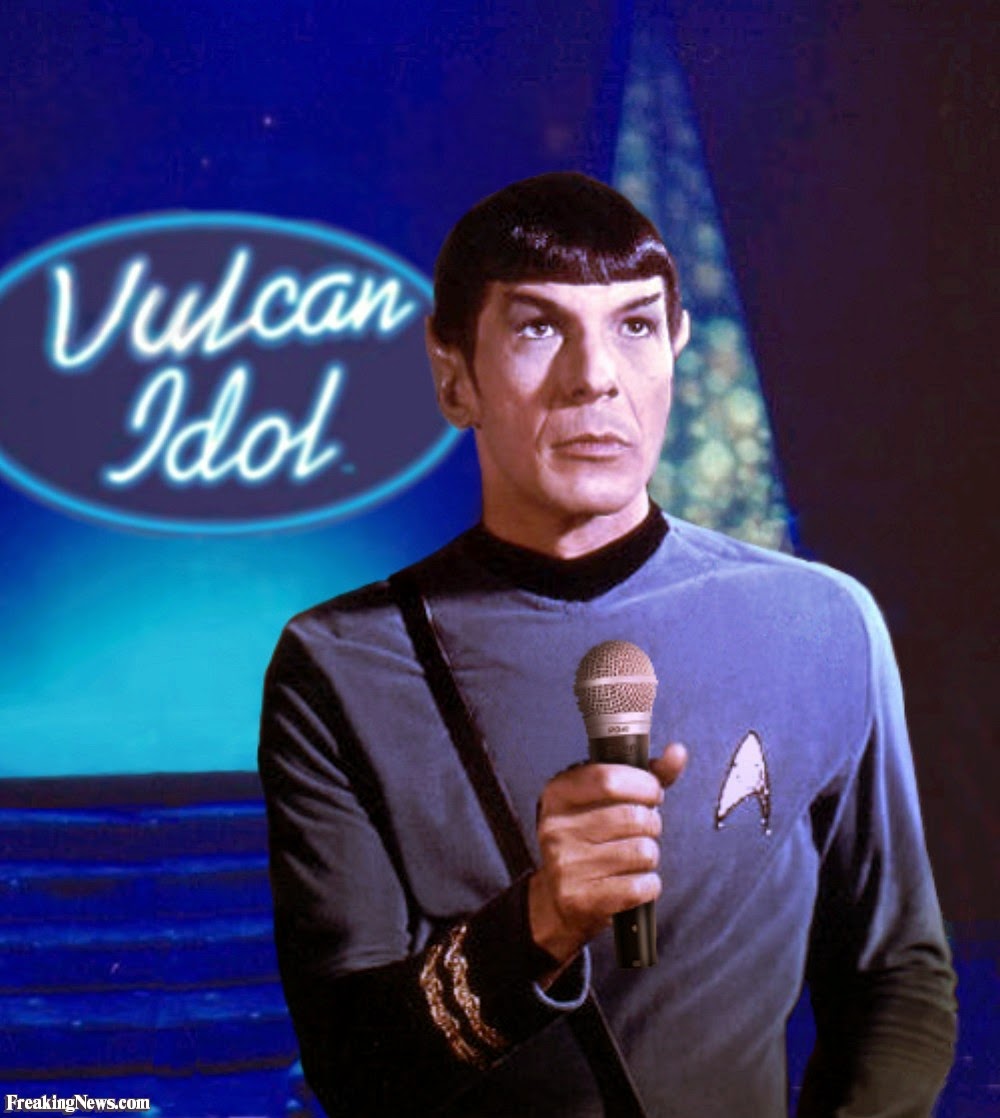 As an ardent teenage Trekkie, I became obsessed with Spock’s planet, Vulcan.  In the 4th century AD, while the Roman Empire fragmented, the Vulcans had subordinated their competitive impulses to cooperative ones, and built a reason-based communitarian society where humanoids’ basic needs were universally fulfilled.

Spock’s Vulcan has this week haunted my investigation of the shifting role of the Greco-Roman deity Hephaestus / Vulcan.  In antiquity he was the proletarian of Olympus, the ugly, lame god who had been brought up on a human island and trained to work in a forge as a manual labourer. He was the butt of Olympian laughter, although receiving sympathy when his wife Venus slept with the handsome war-god Mars. He made fabulous objects—the first robots and Achilles’ armour. But he acquired a reputation as a cowardly collaborator with the top gods, even obeying Zeus when ordered to shackle his own Titan comrade, Prometheus, to the mountain.

Yet Vulcan always had his fans amongst smiths and metalworkers, as a dapper Roman bronze Vulcan found in North Yorkshire implies. And exactly coincidental with the industrial revolution, a heroic, un-comic, non-lame, non-cowardly and inspirational Vulcan suddenly emerged. At first he was adopted by the owners of foundries, as in this cheque issued by Dowlais Ironworks in South Wales in 1813. On the right stands Britannia, but on the left, a near-naked, muscular Vulcan stands with his anvil and hammer in front of the works, leaning on one foot and modelled on the ‘Farnese Hercules’. 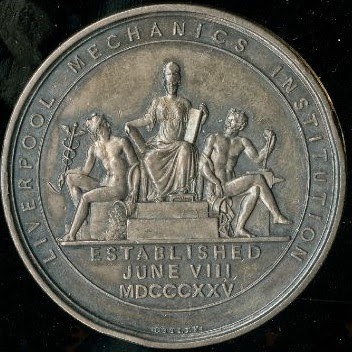 Vulcan was soon adopted by the organised working class, appearing by 1825 on the membership tokens of Mechanics Institutes alongside Minerva (representing education) and Mercury (trade & communications). Vulcan also revealed his progressive face in the campaign to stop small children being forced up chimneys by lighted coals when Lemuel Wellman Wright’s mechanical brushes were marketed as instruments in the campaign against the use of children by adult sweeps: ‘Wright's Patent Vulcan Chimney Sweeping Machines: the only efficient supporters of the law against climbing boys’. Plural Vulcans appeared on Godfrey Sykes’ class-conscious adaptation of the Parthenon frieze for the Sheffield Mechanics Institute in 1854.

But my favourite class-conscious Vulcan is Paul Lafargue’s revolutionary god who abolishes all labour in The Right to Idleness (1880). Lafargue demanded a THREE-HOUR working day made possible through modern machinery, and illustrated what he meant by Vulcan’s robots, so ‘when the weavers looms were weaving automatically, the master would not need assistants and the bosses no slaves.’ Whether or not Lafargue was actually an expatriate Vulcan, I can’t help thinking that the rational Mr Spock would have approved. 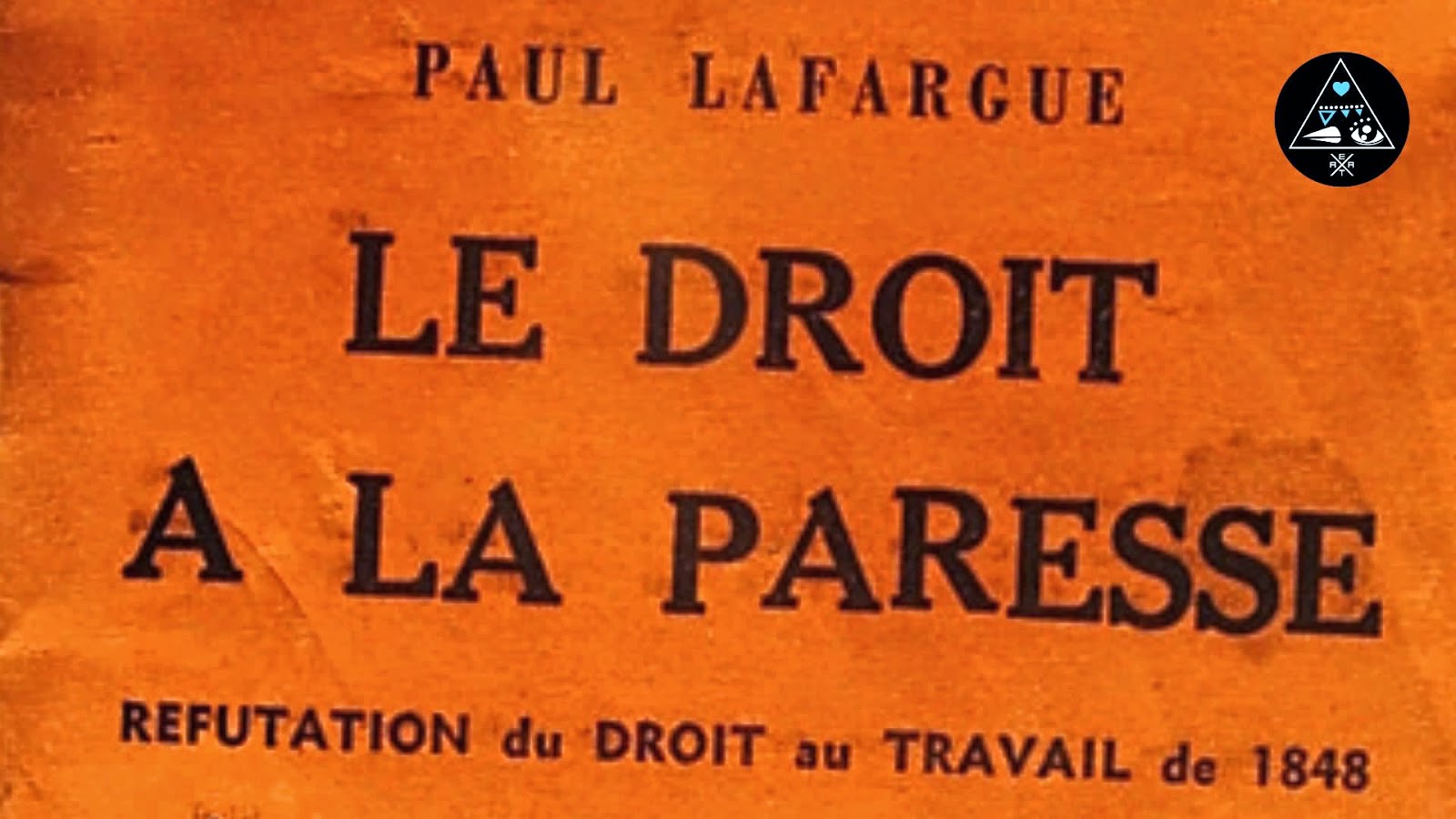