Would Aristotle's make an Impact as Public Intellectual? 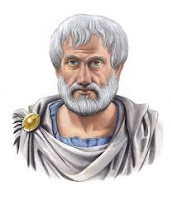 One reason I wrote Aristotle’s Way is that Aristotle’s wonderfully sensible advice on happiness has not been publicised sufficiently beyond academia. This would have horrified him. He was the first philosopher we know of to circulate his ideas in accessible and inexpensive form in order to reach a general public as well as his official students at the courts of kings or the Athenian Lyceum.

He called these his ‘exoteric’ works. This means ‘outward-facing’, the opposite of ‘esoteric’ or ‘inward-facing’ (which so happens to be an anagram of COTERIES). They are the ancient equivalent of blogposts or articles on free online magazines. We have titles and a few fragments, although reconstruction is in my view sadly less possible than some scholars would like.

The ancient discussions of the exoteric works show that they were short, elegantly written, in dialogue form, used vivid imagery, and were lighter on dense passages of reasoning than the scholarly treatises which have survived. They featured fun things like philosophical satyrs and references to the myths of the Argonauts. 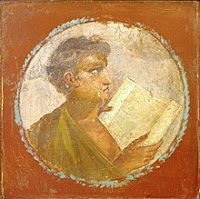 They were studied by shoemakers, travelling businessmen and peasant farmers. The papyrus rolls in which they were inscribed were portable and could be read while you waited for your sandals to be mended. They featured even shorter summaries on their cover so that anyone could get a quick digest of Aristotle’s views on Plato’s theory of forms (he was not a fan), on the importance of private partnerships to the community, or on the differences between humans and other animals.

Since I have this week published a 3,000-word exoteric essay on what we know about Aristotle’s works for the public, this blog is the equivalent of that summary on the outside of an exoteric papyrus. You can read it on the Aeon website if you are interested, thanks to its Philosophy editor Nigel Warburton.

I argue there that learning about Aristotle’s exoterica is not just an interesting exercise: it gives us a dazzling example of how academics can circulate their ideas in an accessible way. This will also help diminish the prejudice against specialist scholarship that the anti-intellectuals of our day (who are themselves professional obscurantists) like to whip up. It sets an example not just to philosophers, but scholars in any discipline whatsoever.

If his Lyceum was submitted to the UK's Research Excellence Framework 2021, Aristotle would surely get Full Marks for his Impact Case Study (I am wrestling with writing one for my Advocacy of Classical Subjects in State Schools). I do hope he would also get the top mark (four star) for being ‘world-leading in terms of originality, significance and rigour’ for Research Outputs such as Nicomachean Ethics and Politics.  But you never know. Even Peer Review can be fallible!

Three inspirational women of Canada lit up my week. A longstanding friend, Prof. Lynn Kozak, was not actually born there, but has  made Classics Kool in Montreal. Last year she performed, as Happy Hour Homer, scenes covering the entire Iliad in the Bar des Pins at 1800 every Monday. It took from January to August, while she got more and more visibly pregnant. You can see her extraordinary performances on Youtube: my favourite is the uncomfortable feast in sulky Achilles’ tent in book IX.

Lynn invited me to lecture in connection with her McGill students’ annual classics play, an initiative she founded ten years ago. Performed in translation in public theatres, these plays reach a wide non-academic public. This year they did the only surviving Greek satyr play, Euripides’ Cyclops, which was side-splittingly funny. The highlight was the priapic chorus’s dance with stuffed sheep, although the sub-chorus of militaristic Ithacans gave them a run for their money, and the Cyclops’ unrequited passion for Chief Satyr Silenus was unexpectedly poignant.

Then a Toronto reunion with my graduate-school housemate Prof. Dawn Bazely, an Anglo-Indian-Canadian with whom in the 1980s I shared three years of stiff gins and a few interesting dinners with my then soon-to-be-ex husband (never marry a Kantian) as well as her then supervisors including Richard Dawkins. Dawn is a force of nature, a celebrated York Uni Biologist and a leader in initiatives to bring science—especially ecological issues—to the public. She also dyed her hair in Rainbow colours to support LGBTQ rights when she picked up her Distinguished Professor Award.

And I also heard that the posthumous book by the late, great Canadian Professor Kate Bosher, which I’ve co-edited, is finally nearing publication with CUP. It will change our understanding of the literature and culture of the Greeks in south Italy and Sicily and I can hardly bear that she will never see it herself. More on this soon.

Between Lynn, Dawn and Kate, I can’t help but be reminded of the beautiful two sentences uttered by Charlotte Whitton, elected first female mayor of Ottawa in 1951: ‘Whatever women do they must do twice as well as men to be thought half as good. Luckily this is not difficult’.