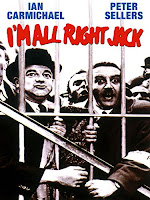 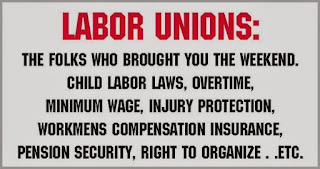 How Ancient Greek Men Appropriated the Drama of Childbirth

As my sister Nicky’s daughter has just become a mother, I am delighted this Mother’s Day to have become a great-aunt, partly since the name Edith seems to demand it. Everyone loves a new baby. Childbirth dramas like Call the Midwife began in ancient Greece.

One of the reasons both Plato and the early Christians hated theatre was the popularity of performances featuring childbirth.  It was a staple of ancient comedy, which featured dozens of labouring maidens beseeching the childbirth goddess Eileithyia/Lucina. But the founding father of all obstetric drama was the tragedian Euripides.

In his Auge, the priestess heroine screamed long and loud as she gave birth. The Tegeans put up a statue of ‘Auge on her knees’ in her temple to commemorate it. In Euripides’ Cretans, the horrified Minos demanded to know whether Pasiphae was breastfeeding the minotaur, or hiring a cow to act as wetnurse.


But the most shocking of all was his Aeolus, in which Canace gave birth to her full brother’s baby, and stabbed herself to death when the grandfather discovered it. The role of ‘Parturient Canace’ was a favourite of the Emperor Nero, who loved acting tragic parts in public.

Since in antiquity all tragic actors and most audiences were male, these childbirth plots entailed a mass social enactment of couvade—the ‘hatching’ syndrome—the word used for men’s tendency to produce symptoms mimicking pregnancy—weight gain, tooth problems, and gastrointestinal pain—during their partners’ pregnancies.


The ancient world teemed with men who thought childbirth was all about them. Diodorus said that in Corsica the labouring woman was neglected, while her husband took to his bed for the birth ‘as if his body were the one suffering the pains’.  Apollonius reported that the husbands of parturient Tibareni women in the Pontus ‘groan and collapse in bed, with bandages on their heads’. For Strabo it is the Iberian women, who ‘when they have given birth to a child, instead of going to bed, put their husbands to bed and minister to them’.

The Greeks took couvade up a notch and in Amathous in Cyprus gave it the status of ritual. Plutarch says that Ariadne had gone into labour on Cyprus after Theseus had put her ashore, heavily pregnant, during a storm. She died in labour and ever after there was an annual ritual where ‘one of the young men lies down and imitates the cries and gestures of women in travail’.


I have heard one new mother, after a particularly painful labour during which her husband passed out, scornfully call couvade ‘man-stetrics’. If you have nothing better to do today, you can watch an experiment on Youtube in which men attached to a labour-pain simulator howl almost unimaginably loud. On reflection, this blog would have been better suited to Father’s Day. I promise to write one that is really  about mothers when June 18 rolls around.


[This blog summarises the research in The Theatrical Cast of Athens (Oxford 2006) ch. 3, readable online at http://edithhall.co.uk/books/theatrical-cast-of-athens]
Posted by Edith Hall at 11:26 No comments: