A workshop on World War I allowed me, with lots of help from Welsh-speaking friends,* to talk about one of Elgar’s most jingoistic extravaganzas, his 1898 oratorio Caractacus. Caractacus, or Caradog, was the male equivalent of Boadicea, a British king who led the Welsh tribe of Silures against the Romans. The historian Tacitus reports that he was betrayed by another Brit, captured, and delivered a rousing oration in the Roman forum. So the Emperor Claudius let him off. Caradog retired to a sunlit villa on the Tiber.

But what is the connection with WW1? Partly because of the popularity of Elgar’s work amongst amateur choral societies, from 1904 on there was a craze for Caradog plays, with druidic choruses, in schools such as Abergele County High in north Wales. I have just discovered an extraordinary set of photographs of this school's Welsh-language production. Such theatricals fostered patriotism and martial valour in the young of Cymru.

When the Germans occupied Belgium in 1914, the Welsh were invited to defend the independence of a ‘gallant little country’, as the propaganda put it, just like their own.  Coal mining, which took place in south Wales, was designated an essential industry, but in Welsh-speaking Wales, where the slate quarries had closed, there were thousands of unemployed youths all too easily persuaded to discover their inner Caradog and die at Gallipoli or Ypres.

Welsh youths' identification with Caradog's defiance was made wholly irresistible by the popularity of David Lloyd George, the eloquent Chancellor of the Exchequer, who had passed the radical 1910 ‘People’s Budget’.  In 1911 he stage-managed the theatrical ‘investiture’ of the then Prince of Wales at Caernarvon Castle, stressing the Welsh origins, through the Tudors, of the crowns of Britain and the Indian Empire. This new Caractacus talked the British Empire into the war and in 1916 became the first Welsh-speaking, non-university-educated Briton to become Prime Minister.  If you contemplate the number of Welshmen who lost their lives 1914-1918, it is difficult not to weep after reading this little Caradog-themed song, used during the recruitment campaign in Lloyd George's homeland:

There were gallant little Welshmen long ago,
Such as Caesar and his stalwart warriors found:
They could then with steady courage meet the foe,
And for home and freedom boldly stand their ground.
Brave Caractacus for Britain fought his best,
And Boadicea, too, the British warrior Queen;
Their spirit lives, though they are long at rest,
Our love of freedom living ever green.
They have proved their ancient valour is not dead,
A foremost where the fiercest fight prevails,
For liberty their dearest blood is shed,
For no Cowards have been found yet made in Wales

CHORUS.
'Tis defence and not defiance,
'Tis for freedom not for fame,
'Tis on right we place reliance,
Crying better death than shame.
When our Country calls us forward,
When the enemy assails,
There are loyal hearts to answer,
In gallant little Wales!

It's dark by teatime and yesterday brought the first toe-crystallisingly cold  day. Time for a fantasy about cruising the turquoise waters of the winedark sea, the prow of my ship cleaving the white-topped waves. But what ship's figurehead should I choose? The Phoenicians liked horses’ heads, while the ancient Greeks imagined their prows as big-eyed boars charging through the undergrowth. But British sailors administering the empire round the seven seas named their ships after classical gods and heroes. Their ships' utmost prows featured carved simulacra representing the figure whose spirit was felt to animate the vessel. These were the images of classical figures most familiar to regular seamen and dockers.  There is an enchanting collection in Portsmouth Royal Navy Museum.

Meet the figurehead from HMS Orestes, launched in 1824. Orestes suffered from madness, which may explain why this ship was notorious for the riotous behaviour of its dissatisfied seamen. The guardian deity of HMS Apollo (1805), on the other hand, luminously led his ship to success in both the 'Opium Wars' with China and the Crimean War.

Poor HMS Eurydice’s figurehead looks rather disturbed—unlucky in her ancient myth, meeting death before her time, her ship did indeed come to a sticky end, foundering in 1878.  Yet the gun-boat HMS Minerva survived wisely for decades and was used in Portsmouth harbour for operations even after her retirement at a grand old age.

But be astounded by the 3-metre-high colossal warrior from HMS Colossus, wrecked off the Scilly Isles near Cornwall in 1798. The Colossus figure was discovered by an enterprising diver named Carmen Stevens in 2001. The Colossus ship's lost cargo included part of the amazing collection of ancient Greek and Etruscan vases collected by Sir William Hamilton. Some of them are still lurking on the Cornish sea-bed. Their images could change ancient theatre history. I am really annoyed that my dodgy retina means I’m forbidden to scuba dive for ever more.
Posted by Edith Hall at 19:56 No comments: 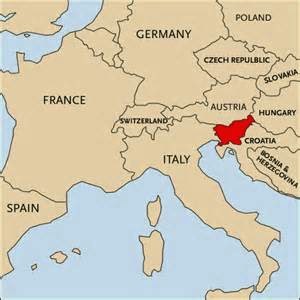 With quite impeccable timing I am at a Homer conference in Slovenia on the day England is playing Slovenia at Wembley in the Euro 2016 qualifier. My own paper clashes with the kickoff. I have begged the conference convenor to shift things round so we can watch the match, but he is a serious intellectual who disapproves of ‘organised sport’ and says no. Slovenia being a tiny country (population: 2 Million), the conference is a sufficiently significant happening to feature on local TV. But I don’t think many Slovenian viewers will be  choosing Homer today.

Ironically the conference is all about European cooperation: it is a celebration of the translations of the Odyssey  into every official language of the European Union. The paper I shall be delivering as Wayne Rooney goes into action is about a medieval Irish version of the Odyssey called the Merugud (‘Wandering’) of Ulysses McLaertes. Seriously. It is morally an improvement on Homer’s  poem, since there are no suitors involved, not much sex and little bloodshed.

Being an Irish version, Ulysses spends some time in a pub; since the Irish are obsessed with their hounds, the role of his dog is upgraded.There are no daft recognitions through scars or bedroom furniture: Penelope simply brings in the dog to see whether she (and it is a she) recognises her long-lost master. Delightfully, when the dog ‘heard the sound of Ulysses’ voice, she gave a pull at the chain, so that she sent the four men on their back through the house behind her, and she sprang to the breast of Ulysses and licked his face and his countenance.’ Bless.


One reason why this Irish text matters (or so I am arguing) is beecause it is the one that gave James Joyce the idea for his 1922 Ulysses, the foundational novel of both the Irish Republic and of Modernist fiction.  But it also matters because  the dog, who (unlike Homer's) gets to stay alive, is described in a detail missing from the Greek: '"Two shining white sides has she, and a light purple back and a jet-black belly, and a greenish tail," said Ulysses'. To illustrate my talk I am providing two provisional reconstructions copyright and courtesy of S. and G. Poynder respectively.

Literature for children was invented simultaneously with the romantic conception of childhood, in 1805. A very particular child was involved, Mary Godwin (later to pen Frankenstein; or, the Modern Prometheus), born in 1797 to Mary Wollstonecraft and William Godwin. When her mother died, she became the centre of her father’s emotional world, even after he married yet another Mary, Mary Jane Clairmont, with whom he set up the M.J. Godwin Juvenile Library imprint.

The Godwins' combined household contained no fewer than five children. They turned the task of keeping them entertained into a business. In 1805, when little Mary was 8, Godwin produced his exquisitely illustrated version of Aesop, Fables, Ancient and Modern under the pseudonym of Edward Baldwin. It transformed the terms of the debate on what  children should read by introducing the desideratum that it should stimulate their imaginative capacities:

Godwin wrote, “If we would benefit a child we must become in part a child ourselves. We must prattle to him...we must introduce quick unexpected turns which... have the effect of wit to children. Above all, we must make our narrations pictures, and render the objects we discourse about, visible to the fancy of the learner… I have fancied myself taking the child upon my knee, and have expressed them in such language as I should have been likely to employ when I wished to amuse the child and make what I was talking of take hold upon his attention.”

Godwin’s next children’s books were The Pantheon; or, Ancient History of the Gods of Greece and Rome (1806) and History of Rome: From the building of the city to the ruin of the Republic (1809). More importantly, he commissioned from Charles Lamb a retelling of Shakespeare and the extraordinarily influential Adventures of Ulysses (1808), through which, along with a thousand imitations, generations of children, including James Joyce, have been entranced by Homer.


Lamb co-wrote it with his sister, whose name was—wait for it—Mary. She had stabbed their mother to death and was only allowed out of the lunatic asylum because her (alcoholic) brother had promised to oversee her. Despite (or perhaps because of) their emotional states, they really caught the magic and pathos of the Odyssey. On Tuesday I was completely uplifted by re-experiencing the effect Greek legends can have on seven and eight-year-olds at Stanford School in Norbury, on the invitation of their incredible teacher Fiona McGrath.  Thanks, Badger and Rabbit classes! You made my week!

PS: The version of Greek myths and of the Odyssey our own children loved most were the bittersweet strip cartoons by Marcia Williams. 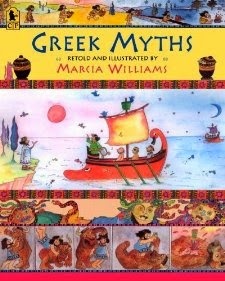