The first individual name classicists can attach to the leader of a slave revolt is not Spartacus but ENNUS or EUNUS, a Syrian slave who led an uprising in central Sicily between 135 and 132 BCE.  On Friday I fulfilled a 39-year ambition to see his imposing statue in the mountain-top fortress town of Enna, which his slave army stormed before making him their king.

I accidentally failed to get off at the right train station (this happens often) with my daughter Georgia (but the hour spent waiting for a taxi up the precipitous mountain was enlivened by the most beautiful station kitten). So we’d seen rather more than was necessary of the vast agricultural plains between Enna and Catania, where the Roman arable, vine and olive agro-businesses put thousands of chained slaves to work. Even in October it is hot enough to see why Ennus’ life in captivity would have been unendurable.

I’m in Sicily because I was invited to talk to the Palermo Festival of Migrant Literature, and to be made an Honorary Citizen of Palermo alongside an infinitely more significant and famous woman, the Turkish Human Rights and Kurd expert Ece Temelkuran. I had been bemused by the invitation to the festival and the award until I was inducted as a full Palermitana by the Mayor, Leoluca Orlando. But he told me that he had personally given his authorisation, having read the Italian translations of my books Introducing the Ancient Greeks and Aristotle’s Way.

Having Orlando as a reader is indescribably flattering. He is a titanic and heroic figure in Italian politics (as Charlotte Higgins eloquently documented a few years ago), having for decades led the successful struggle against the Mafia in Palermo, at personal risk to his life. Today he stands up against Matteo Salvini’s right-wing nationalism to declare that Palermo will always welcome migrants, from Africa and everywhere else. 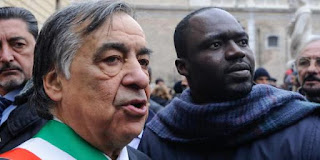 He is convinced that he is descended from an ancient Phoenician, is fascinated by Sicily’s classical past, and once studied for a PhD in Gadamer’s philosophy in Germany. He reads everything he can lay his hands on. He said he liked my portrait of seagoing Greeks intermarrying with other peoples across the entire Mediterranean and Black Sea worlds, and the idea that Aristotle can offer us a secular ethical system to transcend divisions maintained by religious dogma.

It seems appropriate that the ceremony took place in a museum which holds one of the most beautiful archaic images of the Mediterranean collective project: an archaic relief sculpture of Europa (from the temple at Selinunte), the Levantine princess who took a ride on the Zeus-bull over the dolphin-rich waters of the wine-dark sea and symbolises the endlessly fruitful consequences of migration across the Mediterranean in all directions over millennia.

Being told that I have the right to reside in Palermo in perpetuity has come as a delightful surprise, even though jokes about "only cities notorious for crime" liking me are now a staple amongst my friends. But given the increasingly xenophobic and immigrant-hostile antics of many of my fellow Britons, I just might stay here and enjoy the ‘freedom of the city’ instead. To be continued. 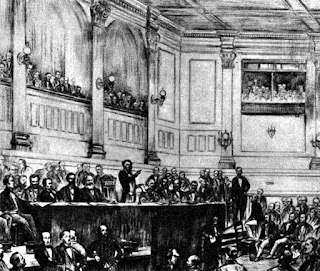