This week I faced attacks by social media from some (un-Stoically angry) self- styled Stoics. I was invited by the producer of Radio 3’s Nightwaves to consider whether the practices advocated by the organisers of ‘Stoic Week 2013’ had anything to do with what I, as a classicist, understand by ‘Stoicism.’ Also present were the Stoic Week ‘team member’ Jules Evans, who has written a book he was keen to promote, and the unfailingly sensible philosophy journalist Mark Vernon.

I dutifully read the ‘Stoic Week Handbook’, which recommends a programme of meditation and mindfulness exercises requiring me-time which, frankly, is the stuff of dreams for any working mother. I also read many other texts by the ‘Team,’ which is dominated by psychotherapists but also includes two reputable experts in ancient philosophy and their PhD students. Most of the reflective practices they recommend, including cognitive behavioural therapy, would benefit any stressed-out individual in the 21st century, were she or he child- and work-free enough to find the time (the elite Stoics Marcus Aurelius and Seneca enjoyed leisure). But they simply are not Stoic philosophy. 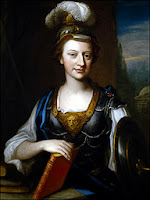 The brilliant translator of Epictetus, Elizabeth Carter, was very concerned that some Stoic ideas were too harsh to be of much use to her 18th-century audience. I believe the Stoic Week team have not addressed the contradictions involved in transposing into modern experience the ideology favoured by the ruling class of the ancient Roman Empire, a slaveholding, patriarchal, centralized dictatorship. I said so.


But most of ancient Stoicism was addressed to suppressing animal instincts and emotions, rather than addressing and dealing with them without shame. This hasn’t been acknowledged by our neo-Stoic brethren.


I am myself involved in researching the ways that 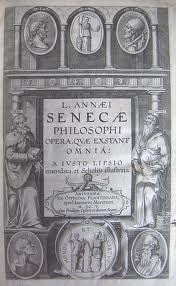 ancient Greek and Roman ideas have really inspired people to improve their emotional, social and political positions in my Classics & Class project. I therefore feel queasy when radically distorted information about antiquity is put into the market-place.  I was funded by British taxpayers to become an expert on ancient Greece and Rome. I would be betraying them if I didn’t honestly say what my acquired knowledge leads me to think about any ancient topic, including Stoicism. Neither retreat nor surrender, just yet.
Posted by Edith Hall at 13:43 16 comments:

Classics & Poverty in the Furthest North


The Alexandrian scientist Claudius Ptolemy mentioned Aberdeen (which he called 'Devonia,' from its River Dee) in about 146 BC. He said Aberdeen was inhabited by a people named the Taezalians. This week I visited their descendants. The Aberdeen University Department of Classics, founded in 1495, was abolished in 1989, just before its 500th anniversary. But enthusiasm for ancient Greece remains in The Granite City.

This was proved by the many members of Aberdeen Scottish Hellenic Society who turned out last Tuesday, despite their first winter snowfall, to hear me lecture on Ancient Greek Minds and The Sea.

The Aberdonians have always liked Greece. In 1905 the new central court hall of the public Art Gallery was opened to display casts of ancient statues. Its inner walls were (and remain) adorned by a splendid reproduction of the Parthenon frieze, around which the building was designed. The frieze was paid for by a local philanthropist, Sir George Reid. He had made his fortune by his paintings, despite being born poor and receiving little formal education. An intellectual Leveller, he wanted everyone in Aberdeen to have access to classical sculpture.

The new court was opened at a magnificent reception in April 1905. A special train arrived from Euston containing 62 guests. Among them was the writer Thomas Hardy, who, unable to attend university, had studied Greek and mythology as an apprentice stonemason. He was delighted to receive from Aberdeen University, at last, an honorary degree.

But Aberdeen sends out conflicting messages. In the Maritime Museum, I was appalled to learn from a display that, in 1961, 39% of Aberdonians still had no access to a household toilet. The display is intended to prove how much progress has been made, since it is paired with the news that there are now more multimillionaires in Aberdeen per head of population even than in London (it must be the oil).
Struck by these facts, by the homeless on the streets, and endless 'Pound Stores' and charity shops, I checked out the poverty statistics. The official child poverty rate in Aberdeen is today a disgraceful 23%. In 1905-6 fewer children were being raised in acute poverty--18%.

I don’t regard this as progress, notwithstanding the oil tycoons among the modern Taezalians. I don’t even like to speculate what the Victorian philanthropist George Reid, or Thomas Hardy, would have made of the widening gap between the rich and poor of Aberdeen in the 21st century.
Posted by Edith Hall at 23:20 1 comment:

What the Greeks Foresaw about The Hunger Games

I wish I was as brave as Katniss Everdeen, the reluctant protagonist of Suzanne Collins's The Hunger Games trilogy. As a mother of adolescent girls, I welcome this bow-wielding young adult female role model.  Next Friday is our long-awaited family date for the premiere of the second movie. I have already ordered the popcorn. 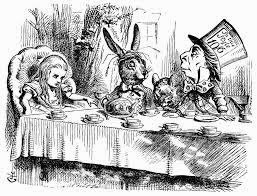 The significance of the Stoical Katniss, played with conviction by Jennifer Lawrence, cannot be over-estimated. Quest she-heroes just did not happen in the western imagination until Alice fell down the rabbit-hole to Wonderland in Lewis Carroll’s 1865 novel, followed by the more radical Dorothy in L. Frank Baum’s The Wonderful Wizard of Oz (1900).

Dorothy explicitly left Kansas to search for something other than a man to marry--her totemic pet dog. Baum supported Women’s Suffrage and his mother-in-law Matilda Joslyn Gage, a prominent feminist.   Yet both Alice and Dorothy were portrayed as pre-adolescent. A biological woman with a mission that had nothing to do with catching a man-for-babies took many more decades to appear.

None of this is my idea. It was in an incendiary 1985 lecture, entitled "What was Penelope unweaving?"  that American scholar Carolyn Heilbrun identified the absence of female quest heroes as preventing women from escaping the single narrative line in which they have been configured. Heilbrun showed how few narratives prepared women for entry into public life rather than the marriage market, kitchen or nursery. She identified Homer’s Penelope—static on Ithaca, bored and unfulfilled—as the figure who defines, by what she was not allowed to do, the dreadful plotline plight of womankind.

The ancient candidates for the status of female action- / quest-hero are few, but two exist and are both associated with the archer-goddess Artemis. One is the never-to-be-wed, intelligent and altruistic Iphigenia who in Euripides’ Iphigenia in Tauris rescues her brother Orestes, his male chum, and the “holy grail” of the cult image of Artemis. The other is Saint Thecla, who (in by far the most exciting of the apocryphal apostolic Christian Acts) tames animals in the amphitheatre, heals the sick, and dies a virgin in her nineties, successfully evading gang-rape.

Sadly, who now reads that obscure tragedy by Euripides, or Acts which never made the New Testament? Perhaps the patriarchal Byzantine monks who put the finishing touches to the selection of our Classical Curriculum strategically marginalized the Artemisian Iphigenia and Thecla.

But it is in the company of the spirits of these ancient she-heroes that I will certainly be getting inspired by Katniss at Cheltenham Cineworld next Friday.
Posted by Edith Hall at 21:46 2 comments: