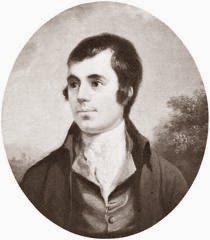 Burns Night. My children are terrified that they will be forced to endure the whole of Tam o'Shanter before they get their haggis burgers. But just thinking about the many faces of Robert Burns has always cheered me up—ploughman and dandy, dancer and fiddle-player, womanizing partygoer and soul-searching depressive.

A world-class poet, he rose from a two-room clay cottage rented by his gardening father, who was determined to get his children educated even though their mother was illiterate. Just as important to the young Robert’s development was his relative Betty Davidson, who enthralled him with ‘stories and songs concerning devils, ghosts, fairies, brownies, witches, warlocks, spunkies, kelpies, elf-candles, dead-lights, wraiths, apparitions, cantraips, giants, inchanted towers, dragons and other trumpery.’ She would—obviously—head up my list of invitees to my ideal Burns’ Night party.

Next would be Professor Andrew Dalziel, the carpenter’s son who rose—as was then possible in the Scottish educational system—to be a leading Edinburgh intellectual. Via parochial school he arrived at Edinburgh University and by 1779 at the Chair of Greek. He was almost single-handedly responsible for saving the reputation of Classics at that university after a long decline, but remained entirely free from snobbery: '... We have got a poet in town just now, whom everybody is taking notice of — a ploughman from Ayrshire — a man of unquestionable genius.’

My next invitee would be Esther Easton, the gardener's wife Burns visited in 1787. He recorded that she was ‘a very remarkable woman for reciting poetry of all kinds, and sometimes making Scotch doggerel herself—she can repeat by heart almost everything she has ever read, particularly Pope’s ‘Homer’ from end to end; has studied Euclid by herself; and, in short, is a woman of very extraordinary abilities’ and ‘a great florist.’ Esther could recite Pope's Homer and do the accounts and flower arrangements. 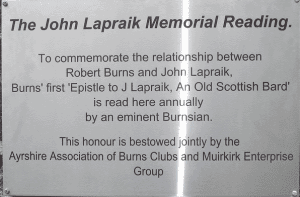 The last, though, would be John Lapraik, a friend to whom Burns showed touching loyalty, supporting him when he was sent to debtors’ prison. It was in his famous Epistle for J. Lapraik, an Old Scots Bard, that Burns set out his own poetic manifesto: education was all very well, but even men like him and Lapraik, who had not studied at university, could write inspirational poetry.

Contrary to popular (prejudiced) interpretation, Burns never ever says that study of the Greek and Latin Classics is prejudicial to poetry. On the contrary, he takes care to show his own immersion in the entire poetic tradition. His point is this: without talent, no amount of education can turn ‘dull, conceited’ students into anything but ‘asses’, who have confused ‘their brains in college classes’. Nobody ever managed ‘to climb Parnassus / By dint of Greek:’

Gie me ae spark o' nature's fire,
That's a' the learning I desire;
Then tho' I drudge thro' dub an' mire
At pleugh or cart,
My muse, tho' hamely in attire,
May touch the heart.

This poem has the added virtue of being short enough to prevent the haggis getting cold. For those of you as mystified by Burns’ dialect as many of his readers were by ancient Greek, you can preface your dinner tonight with this delicious and comprehensible recording of the poem by David Rintoul: http://www.bbc.co.uk/arts/robertburns/works/epistle_to_j_lapraik.

This blog is in honour of my TWO friends who share a birthday with Robert Burns as well as a love of all things Greek, Fiona Macintosh and Pantelis Michelakis.
Posted by Edith Hall at 10:58 1 comment:

Before I built a wall I’d ask to know
What I was walling in or walling out,
And to whom I was like to give offense.


So wrote Robert Frost in his poem ‘Mending Wall,’ published exactly a century ago, in 1914.  One man who could give Frost’s narrator a clear answer is Tsvetelin Iovchev, the Bulgarian Minister of the Interior, who has announced the near-completion of a 33-kilometer-long wall designed to keep Syrian refugees and other migrants from crossing the Bulgarian-Turkish border.

Walls, whether in Bulgaria, on the West Bank and the Gaza Strip, in Berlin, or prisons and penitentiaries, divide politicians and commentators. Those who put one up routinely insist that it increases security for people on both sides and is therefore an instrument of universal wellbeing. Those whose movements are restricted by the wall—from either side—always respond that it decreases security by exacerbating the underlying conflict which caused the wall to be built in the first place.

Walls create new problems. The water-borne killer plague which decimated the Athenians early in the Peloponnesian War took hold more easily because they had all come in from the countryside to crowd behind their Long Walls.  But the walls did protect them and thus prolong the war. When the Athenians were finally defeated, their enemies tore the walls down ‘with jubilation, accompanied by the music of girl pipers’. 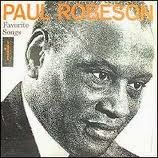 Despite having a soft spot for the classical Athenians, I think that walls really are at their best in the process of coming down. ‘Joshua fit the battle of Jericho, and the walls came Tumbling Down’, especially as sung by Paul Robeson, remains a resounding anthem of Abolitionism and the Civil Rights movement. All those trumpets!

The sight of the first East Berliners through the fissure in the wall on 9th November 1989 completely changed my life. I was locked in a miserable marriage to a progressively more controlling individual, but was far too scared to leave. The fear was justified. It transpired that my possessive then-husband liked to throw television sets around. He had also hired a private detective to stare at my window in Magdalen College, Oxford through binoculars from a car parked in—you’ve guessed it—Long Wall Street. The detective reported to him that I was having a passionate affair with my Atari (a Jurassic proto-computer, to those of you under forty-five). Incendiary information!

But as I watched the TV news that momentous evening, the tears splashing into my gin, I at last found the courage to make The Phone Call. (Then I hid). A tiny personal victory, but one which has made me forever grateful to those brave Berliners and forever fond of the sight of walls in the process of dismantlement.
Posted by Edith Hall at 13:38 4 comments:

The Man Who Abolished Classics


Everyone interested in history or Classics needs to be able to drop the name ‘Theodosius I.’   It’s the 1,667th anniversary of his birth today, but I’ve been meaning to share my grudge against him for a while. If we want to identify an individual responsible for abolishing pagan antiquity, Theodosius is a prime candidate. His portrait needs to glower at the reader from the last page of any history of the classical world.


Without this bug-eyed emperor’s edicts of 380-91 AD, the Delphic oracle would still be in operation, the Olympics would not have had to be reinvented in the 19th century, you could still hire a diviner to read your sheep’s entrails, and the Vestals would still be preserving their virginity in Rome.

Pagan libraries might still be open, having taken better care than the Byzantines to preserve more than e.g. a miserable seven masterpieces by Sophocles, who wrote ten times that amount. If Theodosius hadn’t banned worship of statues there would be a lot more with complete heads and arms for classical art historians to discuss.

Theodosius also banned conversion from Christianity to paganism, which was still happening---it wasn’t only Julian ‘the Apostate’, the last pagan emperor in the 360s, who was brought up Christian but fell in love with the Olympian gods.

Pagan rites did rumble on for a while. As late as the sixth century, some Greeks were still worshipping their bloodthirsty Artemis on the south coast of Turkey under her resonant title ‘Artemis of Freedom’. But it was Theodosius who ensured that the ‘ancient Greeks’ were now running their last lap.  Just to be sure, he invented feudal theocracy by submitting to the orders of Bishop Ambrose rather than insisting that as Emperor he do anything he pleased. The world today might have been very different if Theodosius I had lightened up.
Posted by Edith Hall at 20:05 9 comments: