Diary of a Peripatetic Classicist in Ulster & the Midwest 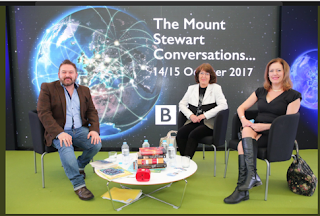 A longer blog than usual after a week dashing between events in Belfast, Ohio and Philadelphia. A public discussion on Saturday of the vitality of ancient Greek stories was organised by BBC Radio Northern Ireland. It was a joy to meet the author of the bestselling Orchard Book of Greek Myths—the eloquent Geraldine McCaughrean. And to have an interviewer as well-read in Homer and Aristotle as William Crawley was a delightful surprise. 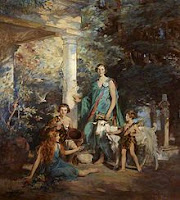 The venue was Mount Stewart, an elegant 19th-century stately home and garden decorated by Edith, the 7th Marchioness Londonderry, who liked to cavort as Circe alongside her daughters dressed as Sirens. The family’s Greek obsession goes back to the 2nd Marquess (Lord Castlereagh) who masterminded the nation’s purchase of the Parthenon marbles from Lord Elgin. The Scottish opportunist gave Castlereagh this exquisite  fifth-century Athenian funerary sculpture as a thank-you present.

On Sunday I faced the most unpleasant airport staff I have ever encountered. Two British employees of Air Canada, who appeared to be having a lovers’ tiff, refused to let me board my flight to Toronto airport at which I was ticketed to transfer onto a flight to Columbus, Ohio.

I failed to acquire a visa on my mobile phone. The Father Of My Children managed to sort it out at home, but too late. I did finally arrive at Columbus, in a foul mood, many hours later than expected, but in time to lecture on what movies Aristotle would have chosen to illustrate his moral philosophy.

My Columbus host, Professor Fritz Graf, is a world authority on ancient religion, magic, and inscriptions. I was treated to a private viewing of some of his centre’s best ‘squeezes’ (papier-mache impressions of inscribed stones). My favourite was the epitaph for a 17-year-old African girl, a weaver in Rome. She must have been excellent at her craft for her employer/owner to commission this monument.

The Columbus TV news was dominated by the riveting headline BISON ESCAPE FARM and the sad case of another Edith, Edith Espinal, who is at risk of deportation to Mexico, despite having two children born in the USA. She is in permanent sanctuary at a Mennonite Church while the politicians squabble over her immigration status.

On to the Penn Museum at Philadelphia. Its classical collections owe much to my Pennsylvanian true namesake Edith Hall (after marriage Edith Hall Dohan). She was an expert on Cretan archaeology, and an indomitable donkey-rider. I am not a natural digger and talked instead about Aristotle and Environmentalism.

So now I’m back at Philadelphia airport, watching round-the-clock reporting of the US President’s inattentiveness to the emotions of everyone and anyone with whom he interacts.  But I have discovered a new hobby—impersonating the huge repertoire of completely dejected facial expressions used by his press secretary Sarah Huckabee Sanders. I could happily watcher her glower, grimace, scowl, sneer, frown and sigh miserably, all day long, every day. 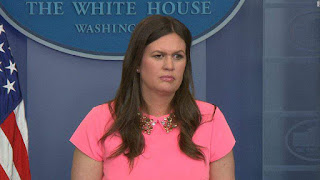 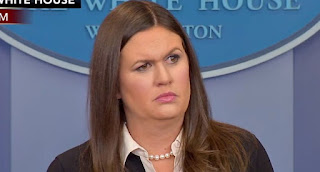 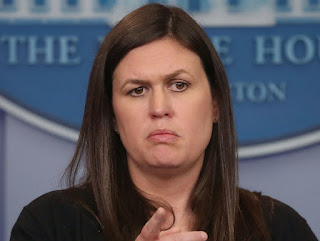 Was Homer a Sicilian Woman?

An invitation to speak at Trapani in north-west Sicily proved irresistible. The topic was Victorian eccentric Samuel Butler. The manuscript of Butler’s notorious book The Authoress of the Odyssey (1897) is in Trapani’s gorgeous Fardelliana Library. It argues that this epic was penned by a young Sicilian woman. After worshipping the manuscript we spoke at a standing-room only public event in the presence of The Mayor.*

Butler was thrilled that one scholar in antiquity, Naucrates, thought Homer was a woman too.** Naucrates claimed both ‘Homeric’ epics were by Phantasia, child of Philosophy Prof. Nicarinos. She put them in the temple of Hephaestus at Memphis. Homer acquired copies and published them under his name. But I argued that Butler had been persuaded of the Odyssey’s feminine authorship for three other reasons.

First, he was influenced by the gender-subverting popular burlesques on the Odyssey and other classical myths which were the mid-Victorian rage at the Strand Theatre, on the corner of the Strand underneath my office where the Aldwych Underground station was built and the KCL merchandise shop now stands. Butler lived a stone’s throw away at Clifford’s Inn. The most popular Odyssey burlesques were by his exact Cambridge contemporary F.C. Burnand. Young women played the heroic male roles and spoke in the street-smart contemporary English which Butler used for his own Homer translations.

Second, femininity is a ‘mask’ for social class.  Butler’s theory and 1900 Odyssey outraged scholars because  he implied that ancient Greeks heroes were working and lower-middle class. His gods, Professors sneered, spoke ‘like angry housemaids’. In Butler’s mind, the plebeian London theatre audiences had fused with the Sicilian peasantry and residents of ancient Ithaca.

Third, in 1882 a student at Butler’s own Cambridge college published the first English translation of the massive Japanese 11th-century epic romance Genji Monogatari, sensationally written by a woman, Murasaki Shikibu. The translator was Kenchio Suyematz, a high-level Japanese aristocrat whose residency at St. John’s attracted national attention.  If the Japanese national epic was authored by a woman, why not the ancient Greek one?

A perfect trip, rounded off by visits to the nearby ancient theatre and temple at Segesta. Then I returned to launch this year’s undergraduate course at KCL and, in Kent, my ACE campaign to get Classical subjects into every state school in the land, on which see the project website. Constant activity, but, however knackering, that's the way I like it.

* Organised by the super-efficient and super-hospitable Renato LoSchiavo and Diego Grammatico.

** As cited by the mythographer Ptolemy Chennos, himself quoted by  Photius of Constantinople. 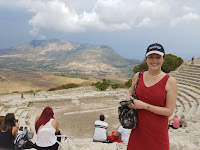 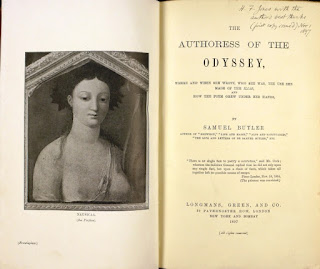 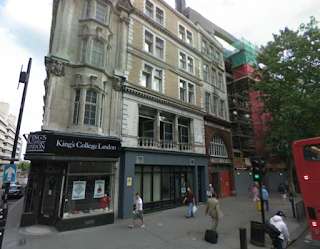