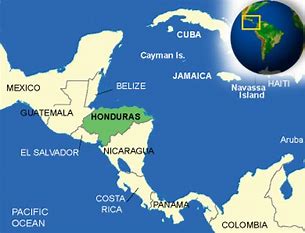 So Honduras looks set to pass a bill which will make it impossible for abortion under any circumstances (including rape and incest) ever to be legalised. Honduras has a huge gap between male and female incomes and alarming levels of femicide, rape, sexual abuse and death in childbirth.

By raising to 75% the percentage of Congress votes required to modify the current (punitive) abortion law, the law if passed becomes immune to challenge in perpetuity. The first of two votes this week show that the bill may well pass. The man who made the proposal, Mario Pérez, praises it as a "constitutional lock" to prevent the abortion law ever being modified in future. Progressive members of the Opposition, like MP Doris Gutiérrez, are terrified.

Roman Catholics are historically supposed to be favourable to Aristotelian philosophy. I would like to draw Mr Pérez’s attention to Aristotle’s recommendation that written codes of law must eternally be open to revision “because it is impossible that the structure of the state can have been framed correctly for all time in relation to all its details”. Proposals to restructure laws and government can be “a common good” (Politics 2.1268b-69a).

Just as medical science and athletics “and all other arts and powers” have advanced over the centuries, so the same holds good for government. The ancient laws were “too simple and barbarous, which allowed the Greeks to wear swords in the city, and to buy wives off each other”.

Aristotle cites as particularly ridiculous the ancient murder law of Cyme, which stipulated that if a person prosecuting another for murder could produce a certain number of witnesses to it from amongst his own relations, the accused was automatically condemned! 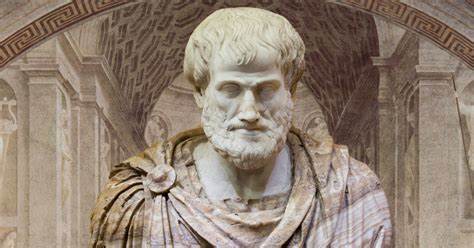 The conviction that unalterable laws were unhelpful goes in tandem with Aristotle’s argument in the Nicomachean Ethics  that all opinions must always be open to revision. Although steadfastness is essentially a virtue, there are times when it can be damaging to adhere too rigidly to fixed views. If you receive incontrovertible evidence that your opinion is wrong, then changing your mind, which some people might condemn as inconstancy, is worthy of high praise.

He cites the case of Neoptolemus in the Philoctetes of Sophocles. Neoptolemus had been persuaded by Odysseus to lie to the lame Philoctetes, but when he sees Philoctetes’ suffering and learns more information about his plight, he changes his mind and refuses to participate in the deception. He revises his opinion. 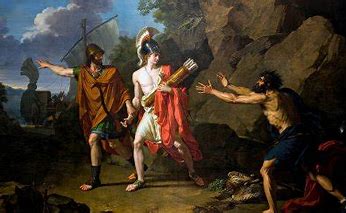 For this reason, I believe that if we could talk to Aristotle and present him with the relevant information, we could persuade him to revise his own atavistic opinions about women and slaves. But I would also like him to visit Mr Pérez in a dream to explain that he just might not be qualified to impose on Honduran women of eternity as well as those of today a law that is just “too simple and barbarous”.

Less famous than Artemisia Gentileschi, Elisabetta Sirani, born this day 1638, is my favourite Italian painter. She lived her belief in women’s abilities; she was family breadwinner after her father’s arthritis stopped him working and she founded a painting school for women open to non-aristocrats without connections.
Although many of her subjects were bible scenes or saints, she read widely in classical literature. and found inspiring ancient women heroes in Plutarch and Ovid, amongst others. In stark contrast with her male contemporaries, she painted most of them fully clothed and business-like.
The funniest is her Timoclea of Thebes, calmly pushing into a well the brutish captain who had raped her during Alexander’s conquest of Greece. But a close second is her self-portrait as Circe, serenely mixing pharmaceuticals according to an instruction manual, no man in sight, while staring the viewer straight in the eye.

Her Cleopatra, usually depicted topless and miserable with a phallic snake, is an alternative Cleopatra she found in Pliny: she is smiling, modestly clothed and coiffed, proving her own enormous wealth to Antony by dissolving a pearl in vinegar, but with Antony himself excised.
Lockdown home-hairdressers may relate more to her ‘Berenice Cutting Her Hair’. Berenice was the wife of Ptolemy III who fulfilled her vow that if he returned safely from war she would dedicate her fabled long hair to her dead sort-of-mother-in-law Arsinoe II, worshipped as Aphrodite. I like the tatty fringe and the gleeful look in her eye as she wields the scissors, as if she had found an excuse to get rid of a tiresome burden while getting moral kudos at the same time.
Feminist art critics debate whether her Portia (aka Porcia) is a tough and feisty broad satirising Stoic masculinity or a victim of self-harming or sado-masochistic fantasies: the wife of Brutus, she wanted to prove to him that she could conspire as well as anyone to assassinate a dictator. So she stabbed herself in the thigh to prove she could stand pain and wouldn’t talk under torture. I find this one most disturbing and will leave it to you to decide for yourself.
Sadly, many of Sirani’s classical females have been lost, including a Galatea, a Pamphile (the inventor of silk-weaving) and two of her three paintings of Iole.
I particularly regret the lost Ioles, especially if one depicted Iole’s escape from her aspiring rapist Heracles: she jumped off the wall of her father’s palace in Oechalia to commit suicide, but her dress billowed out like a parachute and she survived.
This story is told in an obscure work by an imitator of Plutarch, but that would not have stopped Sirani discovering it. It would make a great topic for an art competition for locked-down schoolchildren. This gives me something to plan.
Posted by Edith Hall at 07:41 No comments:

How My Favourite (Ovidian?) Painting Has Helped Me in Lockdown

During the  confinements of the last ten months, virtual art galleries have provided comfort. On the anniversary of Piero di Cosimo’s birth in 1462, with our British hospitals in crisis, my favourite painting in the National Gallery seems apposite. Erwin Panofsky got it right in saying that it entrances by its "strange lure”.

The external viewer forms a triangle, with the two internal viewers, of the prostrate young woman. The dog on the right and the satyr on the left bow their heads towards her. We assume she is dead—her throat bears an injury—and wonder about the relationship between her and these two non-human witnesses.

It was once assumed that it portrayed the death of Procris, an Athenian princess, as told by Ovid. In Ars Amatoria book III,  after realizing that her lover Cephalus had not been unfaithful, she rushes to be with him in the forest. He shoots her dead with an arrow, mistaking her for a wild beast. In Ovid’s  Metamorphoses book VII, the goddess Eos makes Cephalus doubt Procris’ fidelity. She runs away to be a nymph of Diana. When Cephalus apologises she returns to him, bringing him a magical spear and Laelaps (“Hurricane”), an infallible hunting dog. But her husband mistakes her for an animal and kills her—this time with a javelin in her breast.

But Ovid's narratives are difficult to reconcile with the painting. Ovid’s Procris dies in her human husband’s arms, with no mention of any satyr. The wound is in her breast rather than throat, and both she and the dog are transformed into marble statues.

It is just possible that di Cosimo was responding to a tragic drama, Cefalo by Niccolò da Correggio. This did include a faun, who was himself in love with Procris. He falsely told her that Cephalus had been unfaithful, thus indirectly making himself responsible for her death. The dog might then symbolize the true faithfulness of Procris, contrasted with the faun’s destructive jealousy.

Yet since 1951, the Natonal Gallery has stopped calling the painting ‘The death of Procris’; it is simply ‘A mythological subject’ or ‘A satyr mourning over a nymph’. The mystery behind the tragic death of the woman perhaps makes it even more profound.  We wonder at the detail of her sandals, making us ask who she is, who used to frolic in this lovely landscape. Did the satyr and dog see what happened? Did they love her? How much do they each know?

We wonder at the distant ships and buildings—what human community is seemingly so oblivious of this private tragedy? Why is this dog separated from his pack, seen unconcerned in the middle distance? Who killed the woman and why? Above all, the tender concern in the satyr’s face, and the gentleness of his touch on her shoulder and forehead, make us ask what his own role has been. 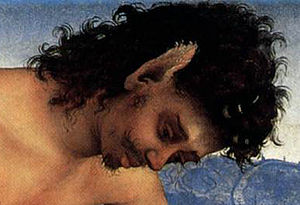 The companionship of faithful pets, tragic death, as well as the need for trust and kindness, are all dominant presences in our lockdown life. This eerie, dreamlike, compassionate painting helps me to think about all of them. 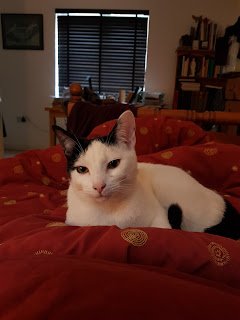 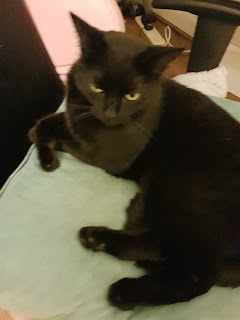