Gorillas from Carthage to Illinois

Diversionary topic this week, the first of full-on university term, has been gorillas. Kamba’s new baby Zachary was born at Brookfield Zoo, Illinois (video here), just in time to help us celebrate our firstborn’s birthday. 17 years ago really did see one of the two best moments of my life, even if wildly enhanced by an opium-based painkiller.

I am a fan of gorilla dads.  They are fiercely protective, spend a great deal of time with their young, settle disputes between rival siblings, and always make sure their females get enough to eat.

There is a greater dimorphism (disparity between the size and weight) of male and female gorillas than in any other ape: males are 1.5 times the size. This contrasts with only 1.1 on average in homo sapiens. This means that human females have always preferred to select mates for reasons other than being enormous, which is interesting in itself, although I’m not sure what to make of the father of my own children being about 1.5 times my size.

Gorillas are first named in an ancient Greek text, which purports to be a translation of a treatise from 500 BC in Phoenician, A Report of the Voyage of Hanno. This Navigator King of the Carthaginians says that he sailed to Africa (Pliny the Elder later claims Hanno went all the way round to Arabia). Hanno reports that he encountered extremely hairy savages, mostly female, whom his interpreters named gorillai.  Hanno’s men abducted three of them, killed them, flayed them, and later dedicated the skins in a temple at Carthage.

The 19th-century rediscovery of the gorilla involved a vogue for artworks depicting gorillas abducting human women. In 1859, the year Darwin published On the Origin of Species,  French artist Emmanuel Frémiet outraged the  jury of the Paris Salon. Inspired by the publicity surrounding the first ever whole gorilla bodies (preserved in alcohol) to be seen in Paris, he reconstructed a gorilla in 3-D action in ‘Gorille enlevant une négresse’.

Frémiet was sufficiently racist to think that nobody would mind because the victim was ‘just’ an African woman; he thought he had avoided any suggestion of sex by labelling the gorilla femelle. But the work was, in fact, banned as an offence to public morality. Baudelaire said it certainly was sexual and simply ‘sordid’. 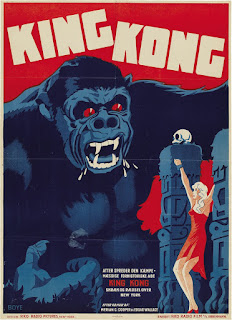 The work was destroyed, but the world moved on. In 1887, Frémiet won the Medal of Honour for a new, life-size (male) Gorilla carrying off a (Caucasian) woman. The critics couldn’t decide whether it supported or subverted Darwin’s theory, and worried about the tool-like rock held by the gorilla: was he developing higher intelligence? But the public loved it. Bronze casts and prints proliferated. It became a defining image in French culture of the day. And I bet it lies somewhere behind the invention of King Kong in the 1930s. I could always waste some time next week investigating the links.

The low point of the week for me was watching the sneer on Emma Reynolds’ face when Jeremy Corbyn’s election result was announced. Reynolds is MP for Wolverhampton North East and until recently Shadow Secretary of State for Communities & Local Government.  I used to have a lot of time for her. Now she refuses to sit on the front bench with Corbyn.

I can’t find the clip online. But Reynolds’ bile was palpable. How can people elected to represent us display their contempt in this sickening way for the decisions made by ordinary voters in political parties?

My indignation was fuelled by researching women who were active in the Labour Party—then the Independent Labour Party—in its earliest days. They would all have been cheering rather than sneering at this week's focus on poverty, mental illness, and union freedom. Some had developed their radicalism while studying the Greek and Latin Classics. In my latest book, co-edited with Henry Stead, Greek and Roman Classics in the British Struggle for Social Reform, I have a whole essay about them available online here.

The most influential was Katharine Glasier, a rebellious Newnhamite classics teacher. She worked at Redlands, a private girls’ school in Bristol, until an encounter with demonstrating women cotton workers.  She resigned, became a full-time activist,  and married ‘down’ several social classes in choosing John Bruce Glasier, who succeeded Keir Hardie as Chairman of the ILP.  She was one of the 15 founding members of the ILP in 1893 and the only woman elected to its first national administrative council. A highly successful editor of the Labour Leader, she ran campaigns for the provision of baths at the pit-heads for miners, free school meals for the poor, nursery education, and the Save the Children fund.

Her most brilliant pupil was Enid Stacy, who when not studying classics campaigned for striking Bristol workers. She often arrived home at midnight ‘with draggled skirt and swollen feet after hours of patient standing about in the effort to win laundrywomen to a trade union’. Enid annoyed the Bristol police and was sacked from her job as schoolteacher. So she devoted herself to the ILP’s campaign for the rights and suffrage of women.

Glasier was ecstatic when Mary Agnes Hamilton, another Newnham classicist and author of several books on classical topics, was swept to victory for Labour in Blackburn in 1929, having won the trust of the Trade Unions. She gained more votes as MP than any other woman Labour candidate. Against stiff odds, the ILP woman, so many of whom were classically educated, had finally taken up their rightful place in parliamentary politics. I bet they would have served in Corbyn’s team. 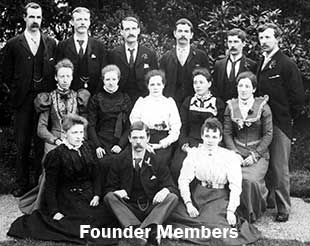 Adventures with Aristotle in Germany and Greece 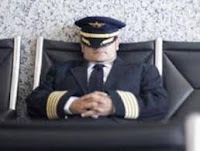 Stressout of the week was delivering the annual Erasmus Lecture, the venue being the Technological University of Darmstadt. The stress was exacerbated by the red-faced pilot who arrived late from his hotel to the Heathrow gate. This meant I arrived at the lecture hall only half an hour before kickoff.

Then the event’s host, the local Professor of Computer Science, refused for a while to accept my powerpoint demo because he did not believe that I was actually the person giving the lecture. (This happens a lot: I don’t look very intelligent and people—or rather men—who have only read my work are invariably disappointed when they meet me in middle-aged maternal person).

Prof.  was punished by the she-gods, however. His computer broke down at the precise moment when he told the European Academy that his institution was At The Apex of World Computational Science. Someone had put a vase of flowers on the platform in a place which made it inevitable that the technician would kick it over. The water zapped the electricity. Prof. was at a loss how to mop up the puddle. I reached into my mumsy handbag and offered him a packet of tissues, explaining that Lo-Tech Is Sometimes Best. He never spoke to me again.

But I ploughed on. Having been asked to ensure that my lecture could be enjoyed by the 90% of the audience who are scientists, I hit them hard with Aristotle.  He is a tough read at the best of times, despite a few laboured Stageirite puns. But he did after all invent systematic Zoology, statistical analysis of volcanoes, self-conscious use of logical syllogisms, the concepts of Collective Intelligence, theory, and above all of potentiality and its actualisation—teleology.

I explained what I like best about Aristotle—his application of everyday experience to elevated theorisation. When illustrating the moment that biological reproduction instils potentiality (what we would call the fixing of the genetic code or DNA transfer) the man from Stageira draws an analogy from temple cult. He has seen gadgets in the form of ‘wonderful puppets’ (automata) which trick people into thinking that gods’ statues are alive. They use hidden wheels that transmit movement to gears, edge-to-edge, through friction.  The potential for the statues to move is created when the first wheel of the series is set in slow, grinding motion, some time before the potentiality is actualised. 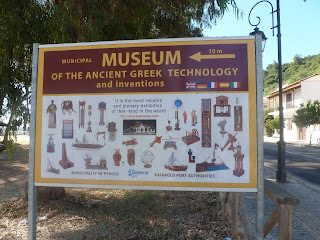 You can go to see reconstructions of such wonder-inducing mechanisms, reconstructed by Kostas Kotsanas at his Museum of Ancient Greek Technology and Inventions in Katakolo, western Peloponnese. The museum, charmingly, is free of charge. So remember, when not marvelling at the ingenuity of the ancient Greeks in this ordinary seaside town, to eat out a lot and inject some money into the modern ones’ economy.
Posted by Edith Hall at 14:24 6 comments:

What Position did Oedipus have Sex with his Mother In?

I’m delighted to be discussing mother-son incest at a staged public workshop and reading of Sophocles’ Oedipus at the Almeida Theatre on Sunday. The other speaker is David Bell, an eminent psychoanalyst and great company. He’s asked me about Jocasta’s famous line in Sophocles' Oedipus, which captivated Sigmund Freud--the one where she famously tells her husband/son not to worry, since lots of men have had sex with their mothers in their dreams (981-2). 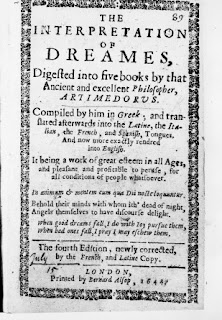 It is less well known that our surviving ancient dream book, by Artemidorus, shows that many real ancient men reported such dreams when they paid for a session with the local interpreter. Artemidorus says (1.79) that the case of the son dreaming about sex with his mother is such a big category of common dream that it has different meanings. It depends on several factors including your occupation, sexual position, and whether she is dead or not in reality.

For working-class men this dream is always good, as for politicians, especially if you dream that you are very much manually in control of your mother. If you are estranged from your mother it means you will be reunited.  It’s never good to dream about having sex with your mother if she is dead as this means you will die yourself soon, returning to ‘Mother Earth’. That is, unless you are currently involved in a lawsuit, in which case it signifies that your opponent’s case will wither away and you will win.

Face-to-face sex with mum means you will fall out with your dad or your dad will die.  It is not good to penetrate your mother if she is looking away from you, standing up, kneeling or immobilised as this portends oppression and possibly slavery. If your mother is on top it usually means you will live an easy life, full of health and leisure, as she is the one out of breath from doing all the work. Oral sex with your mother is simply disgusting and portends terrible suffering—death of children and confiscation of property.

So there you go. I have never personally dreamt about having sex with either of my parents. My dreams are, I flatter myself, more Kleinian than Freudian--wicked stepmothers and enormous buckets of milk. I did once dream I had sex with Leonidas of Sparta (NB this was before 300 and NOT Gerard Butler), and on another occasion with John Cleese, or, to be precise, with Basil Fawlty. Unfortunately these gentlemen do not appear in any of the dreams described by Artemidorus, so I’ll have to interpret them for myself.
Posted by Edith Hall at 13:40 2 comments: