Whatever happened to Utopian Thinking?

A senior academic at London University has advised me that it would be ‘strategic’, in terms of my ‘career development’, to remove from my personal website a comment by a former student questioning the role of capitalist market forces in Higher Education.

However tempted to ask this professor if s/he realises that s/he sounds like Senator Joseph McCarthy, I instead asked myself whether we have all forgotten how to visualise a better world in which financial markets did not rule us. For if we stop trying to visualise utopia - a good community with mutual respect, state-funded edifying entertainment, and universal education and healthcare, for example - we really are in trouble. Imagining how wonderful life could be for homines sapientes is a prerequisite of actually achieving social progress.

What makes today’s absence of utopian thinking so sad is that people are not stupid. There is a widespread, heartfelt understanding of what our problems are. Three popular movies I have recently seen (Hunger Games, the Lego Movie, and Elysium) all portray imagined future dystopias. In all three, no-holds-barred capitalism has trashed the environment beyond repair, created a cynical, gated ruling class, desperate to hang onto its privileges, and reduced everyone else to abject poverty.
In all three movies, inspirational working-class heroes stand up against the tyrannical über-rich and bring down their evil governments. But then the film ends. Not one has the remotest concept of a fairer economic system and happier society to put in place of persecutory rule by capitalist Bad Guys.

The gated community in Elysium is called after the ancient Greek islands where the fortunate deceased spent a blissful eternity. The repeated experience of founding new colonies made the Greeks think hard about the circumstances conducive to human flourishing.  From Hesiod’s Golden Race, and comedies in which all the slaves were liberated, to the philosophers’ ideal polities (Plato’s Republic was just one of several), the Greeks were constantly debating the nature of the ideal community.

My favourite ancient utopia is Iambulus’ Islands of the Sun, where work, government and intellectual life are fairly shared by everyone: ‘They alternately serve one another, some of them fishing, others working at the crafts, others occupying themselves in other useful matters, and still others—except for the very aged—performing public duties in cyclic rotation… Every branch of learning is diligently pursued by them.’

The best thing about being a Sun Islander is that everyone had a tongue with two tips, which meant s/he could carry on two conversations simultaneously with two people, ‘responding to the questions of one with one prong of the tongue, while conversing familiarly about current events with the other.’

Such a tongue would allow me to talk to university Management in a ‘strategic’ way and ‘develop my career,’ while still engaging with everybody else in optimistic discussion about how we might one day, just possibly, manage things better. On the other hand, perhaps I’ll continue talking utopia to everyone indiscriminately and to hell with ‘career development’.
Posted by Edith Hall at 00:22 3 comments:

Lecturing yesterday in Berlin, on Plato, Aristotle and the transformative power of music, prompts my belated obituary for Pete Seeger, great American and folk singer whose views on race and the environment were decades ahead of his time.  Convinced that getting people to sing together could play a crucial role in promoting peace and economic equality, he stressed often, as here on youtube, ‘I usually quote Plato, who said, It is very dangerous to allow the wrong kind of music in the Republic.’

He spent two years at Harvard as a Sociology major, but dropped out when his professor told him, ‘Don’t think you can change the world. The only thing you can do is study it.’ In Seeger’s interviews the ancient Greeks are more prominent than any Sociologists. 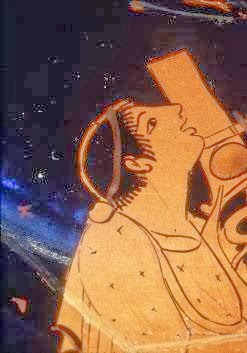 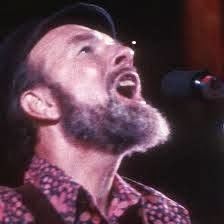 The anaphoric people’s anthem We Shall Overcome will forever be associated with Seeger on the 1965 march from Alabama to Washington alongside  Martin Luther King Jr, but Seeger said his sole contribution to the anthem was to change the second word from ‘will’ to ‘shall,’ because it ‘opens up the mouth better.’ He encouraged everyone to sing with their heads tilted upwards, pouring out their open vowels together to the heavens. He preferred to sing out of doors and on the road: some of his most influential appearances were in the enormous outdoor Greek theater of Los Angeles in summer 1969.
Perhaps there is a book to be written about American Agit-Folk and the Greek and Roman Classics. No doubt Seeger did not just learn how to jump between train roofs from his mentor Woody Guthrie, but sang with him (back in the days when popular songs had not yet pointlessly confined themselves to the narrow topic of romantic love), the hilarious and moving lyrics to Biggest Thing That Man Has Ever Done:

I'm just a lonesome traveler, The Great Historical Bum.
Highly educated from history I have come.
I built the Rock of Ages, 'twas in the Year of One
And that was about the biggest thing that man had ever done.

I worked in the Garden of Eden, that was the year of two,
Joined the apple pickers union, I always paid my due;
I'm the man that signed the contract to raise the rising sun,
And that was about the biggest thing that man had ever done.

I was straw boss on the Pyramids, the Tower of Babel, too;
I opened up the ocean let the migrant children through,
I fought a million battles and I never lost a one,
And that was about the biggest thing that man had ever done.

I beat the daring Roman, I beat the daring Turk,
Defeated Nero's army with thirty minutes work,
I fought the greatest leaders and I licked them everyone
And that was about the biggest thing that man had ever done.

I stopped old Caesar's Romans, etc…
Posted by Edith Hall at 09:46 No comments:

When Shakespeare retold the story of Coriolanus, the general in the Roman republic who alienated the plebeians, he did so with added hunger. The play was probably  written in 1608. The previous three years had seen famine and food riots—the so-called Midland Revolt. Shakespeare adapted Plutarch's Life of Coriolanus to make the crisis it portrays resemble the recent English experience. As the citizen says in the opening scene, the rich ‘ne’er cared for us / yet: suffer us to famish, and their store-houses / crammed with grain.’ Not for nothing has Suzanne Collins called the President of Panem, where the poor starve and freeze in The Hunger Games, Coriolanus Snow.


In the ongoing research project ‘Classics & Class’, we have just chosen the hungry plebeians’ confrontation with Shakespeare’s Coriolanus as our hundredth permanent online ‘Encounter’ between ancient Greece/Rome and the British class system. We would like to thank the first classical scholar we can find pointing out the significance of Shakespeare’s response to the Midland riot in this ‘Roman play’. It is Chris Pelling, Regius Professor of Greek at Oxford, in his Plutarch and History (2002). Prof. Pelling has always insisted that our Mediterranean cultural ancestors belong to everyone, Jacobean groundlings quite as much as university dons.

This is what makes his appointment this week by the Department of Education as ‘Classics Czar,’ leader of a project focusing on the enhancement and growth of the teaching of Classics in state schools, so important. Pelling, himself a product of the state educational system in Wales, is a humorous and approachable man without a shred of class or intellectual snobbery. He is also a true democrat. He will take this mission with the seriousness it deserves and undoubtedly get results. Be sure not to miss what he writes in tomorrow’s Sunday Times. Good news all round.

Not that his mission is going to be easy. The whole policy as framed by Secretary of State for Education, Michael Gove, looks dangerously like ‘telling’ state schools and their teachers what they really, really need. This risks rubbing salt into longstanding wounds. It would help if Gove would stop talking about ‘bog-standard’ state schools, ‘Berlin Walls’ between the state and private sector,  and how state schools are going to be ‘helped’ (they are always referred to in the passive voice) to raise their standards. Putting serious money behind expanding the pitifully small number of places available for enthusiastic Classics graduates to take a PGCE and actually qualify to teach in state schools would be a useful start. 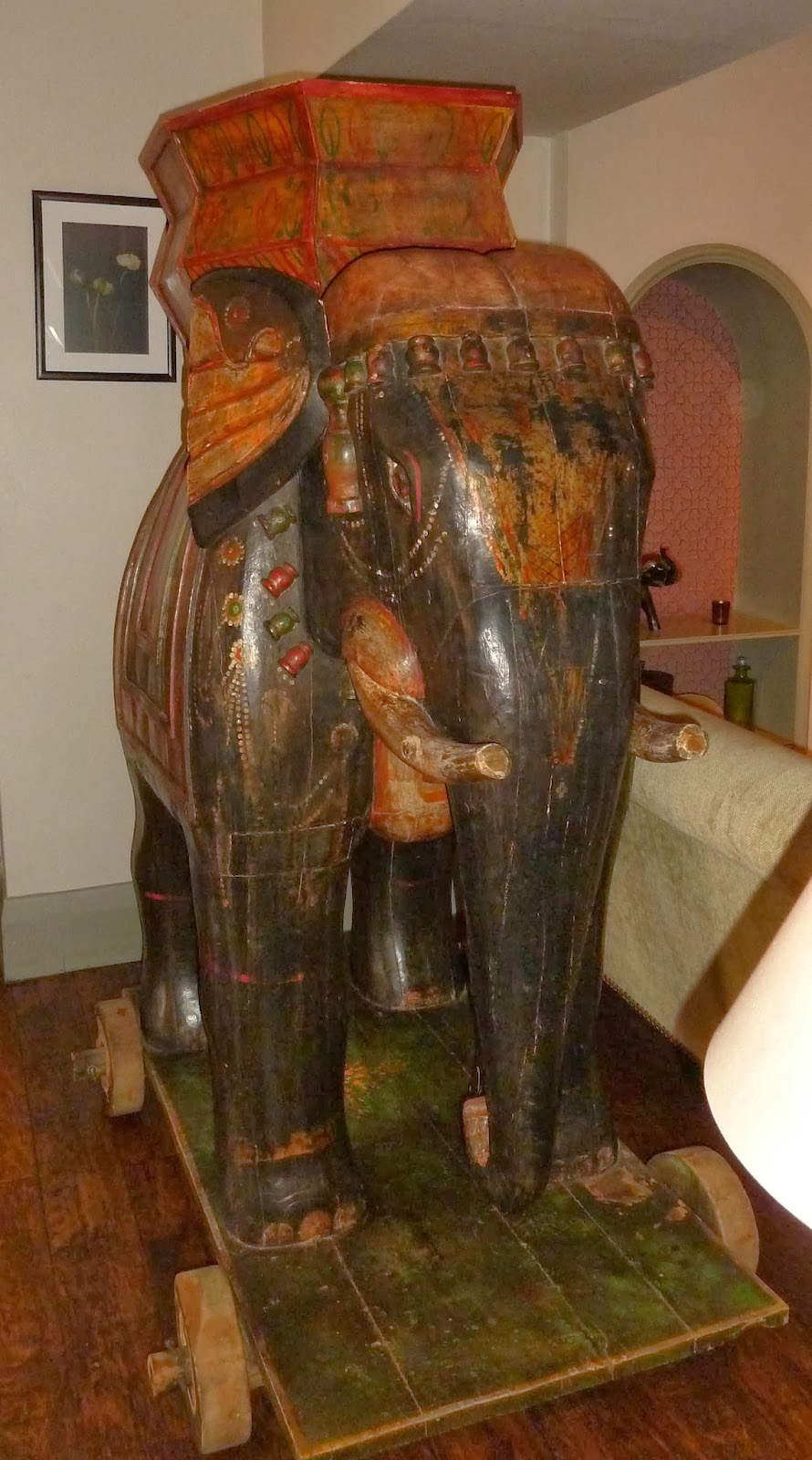 But the real elephant in this room is Classical Civilization. Gove does not like talking about the very subject—neither Latin nor Greek—which now draws most state school pupils and Open University applicants towards Classics.  Class. Civ. at GCSE and A Level involves studying ancient writings in translation and material culture widely and critically. It makes a fine preparation for entering university to study any subject, including the Greek and Roman worlds and their languages.

THREE TIMES as many A Levels are taken in Classical Civilization as in Latin. Still not that many—a few thousand--and I would like to see more. Many talented students arrive in British universities to study for Classics-related degrees with qualifications in Class. Civ. and e.g. English, German or History. Gove’s rhetoric overlooks and risks sounding disrespectful towards these pupils and their dedicated teachers and perpetuates the real ‘Berlin Wall’—the completely erroneous view that learning about classical civilization at school or anywhere else is inherently inferior to learning classical languages.

I have personally had my whole life immeasurably enriched by reading ancient Greek, and I revel in really fancy metres, refined prose styles, and arcane dialects. I teach it to anyone who will put up with me. I am miserable that this exquisite ancestral birthright and Latin are not available free of charge to every single person in this country.

But researching the history of classics across class boundaries is revealing that some of the most important pedagogical effects of the Classics have been via individuals’ encounters with the ancient world through media other than ancient tongues. Several of my most brilliant colleagues, who have changed how we think about ancient art, philosophy, history, theatre, cities and religion, confess privately that they really didn't excel at or enjoy the linguistic side of Classics. As another enlightened Oxford Regius Professor of Greek, Gilbert Murray, said over a century ago, ‘Greece, not Greek, is the object of our study.’ I just don’t see why linguistic study is inherently more intellectually rigorous or how it produces a better informed, indeed more civilized citizen, than analysing the whole Odyssey, understanding Pericles’ building project on the Athenian Acropolis or arguing about Aristotle’s Ethics. Please could Mr Gove enlighten me?
Posted by Edith Hall at 10:52 4 comments: