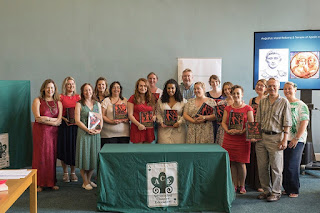 So we did it!  The ACE project ran a whole week’s course on Classical Civilisation GCSE and A/S Level, with a session devoted to every single component on the OCR specs! In the River Room at King’s College London, with its spectacular views, a heroic band of teachers met KCL academics to think about how teenagers would respond to texts from Homer to Horace and images from Mycenae to Hadrian’s Wall.

The scheme, which at least one colleague at another university told me was so ambitious that it was ‘ridiculous’ to think it could be accomplished, faced obstacles. The KCL Widening Participation team in their wisdom decided to give us exactly one third of the required funding (we were saved here by the Head of the Classics Department, Dan Orrells, who understands the importance of getting Classics into state schools better than anyone), by the Hellenic Society, and Pavlos Avlamis who let us have ££ from his personal research account to cover the  catering (at one point Arlene Holmes-Henderson and I thought we would be making the sandwiches ourselves).

The heat was overwhelming and the alleged aircon crap; on Thursday 25th July, I ran sessions on Democracy and the Athenians and War and Warfare (the latter in partnership with the coruscating James Corke-Webster) when the thermometer hit 37 degrees (sort of appropriate for pitched hoplite battle!)

Our teachers ranged from someone still training, to non-classicist teachers hoping to introduce Class. Civ., to people already experienced in it intending to expand provision or support other schools locally. We are confident that the summer school will expand the availability of Class. Civ. in several schools/sixth-form colleges.

Our KCL colleagues were exemplary. Everyone had read the OCR teaching materials carefully and delivered perfectly bespoke talks and activities. Ellen Adams showed for Homeric World the importance of thinking about the size and setting of early Greek towns; Nicola Devlin managed to pack the entire history of Greek vase-painting into 90 lucid minutes for Greek Art; Emily Pillinger enthralled on Sappho and Catullus for Women in the Ancient World and made the Aeneid’s message on migrants compelling for World of the Hero.

John Pearce showed how the Colosseum can reveal almost everything we need to know about Roman City Life; Lindsay Allen got everybody thinking like an Achaemenid Persian in Invention of the Barbarian; for Imperial Image Dominic Rathbone persuasively made me dislike Roman emperors' PR machines even more than before; Pavlos Avlamis won the prize for Most Popular Activity when he got everyone to draw Achilles’ shield from Iliad XVIII for World of the Hero; Mike Trapp made Plato comprehensible for Love and Relationships; Hugh Bowden sorted out myth and religion for both GCSE and A Level; Arlene had everyone turning into classically trained orators for Politics of the Late Republic and conducted magisterial overviews of curricula and resources; I mopped up Greek Theatre and the Odyssey.

There will be a legacy in the form of films of the presentations for the KCL website made by Big Face Art, with Tom Russell in charge, and in due course these and all the powerpoints and handouts will be made available on the ACE website too.

But the real efforts were made by the extraordinarily committed teachers who attended, either the whole course or parts of it: Charlotte Cannon, Will Dearnaley, Edda-Jane Doherty, Jenny Draper, Laurence Goodwin, Chandler Hamer, Rob Hancock-Jones, Pantelis Iakovou, Susan Jenkins, Jo Johnson, Lidia Kuhivchak, Jo Lashley, Lottie Mortimer, Judith Parker, Halliford School, Saara Salem and Helen Turner. It was a privilege to spend the week with them, and I know we are going to hear far, far more from them in the future! The memories of the dinner at Pizza Express Holborn on the Wednesday evening will stay with us forever!

This 'ridiculously ambitious' summer school showed what can be done if teachers in Tertiary and Secondary education get their heads together as a team committed to all our teenagers accessing the Greeks and Romans and their amazing civilisations. It will not be the last of its kind run by Classics at KCL. 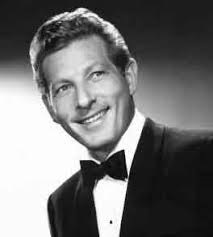