How Not to be a TV Academic

The laudable surge in new TV documentaries on ancient history has prompted one person too many to ask why I haven’t presented any myself, so here is the answer once and for all. Apologies in advance for it being narcissistically All About Me this week.

The first time I failed to get on TV was in the 1980s. I went on a date with a TV journalist who said he could get me to read the news on local TV if I got my teeth fixed. Our date consisted of watching then U.S. Defense Secretary Caspar Weinberger exiting a helicopter. Since my escort, though charming, was allowed on TV with uneven teeth and a paunch, I didn't think this was fair.

In my thirties, several TV companies played with the idea of having me present their ancient history shows. One complained that I did not ‘look like a plausible Greek scholar,’ I think because I was at the time covered in baby sick. Another (American) outfit wanted me to recycle hawkish Origins of Western Superiority rubbish about antiquity and it was mutually clear that we could not do business.

But I only ever turned down one opportunity unilaterally. It was a history of prostitution and I was to have zero editorial control. Since I still regarded myself in those days as a respectable scholar, the camera close-up on my secondary sexual characteristics during the screen-test alarmed me enough to say no.

My rabbity teeth scuppered another documentary series, appropriately on the history of bone collecting. I actually asked my children's orthodontist what could be done. She said I could Become Perfect provided I had perfectly good teeth extracted ON BOTH top sides first. I'm sorry but I just won't do it. Real Teeth mean more than Fame at my age.

So there it is. I am spared being insulted, like brainy, funny Mary Beard, by morons and misogynists. I admire the regular teeth of gorgeous, spirited Bettany Hughes and dishy AND brainy Michael Scott. I enjoy my right to bad hair days even while delivering occasional rants on radio. 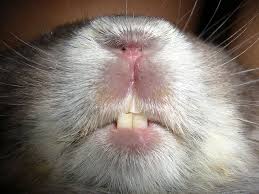 I admit I would have killed for a chance to appear in Father Ted or Taggart, and would still consider Have I Got News for You or Big Bang Theory. But I now accept that presenting serious TV documentaries is for those far braver and/or better dentally endowed.
Posted by Edith Hall at 11:50