The weather is always appropriately dank and bitter on 15th January,  the anniversary of the brutal 1919 murders, by the far-right proto-Nazi volunteer Freikorps, of the Spartacists Rosa Luxemburg and Karl Liebknecht. Their Spartacus League took its name after splitting from the Social Democratic Party, which had supported imperial Germany’s declaration of war. But I’ve never been able to discover whether it was Rosa or Karl or indeed their colleague Clara Zetkin—a trained Classics teacher—who chose the identification with the ancient Thracian slave. 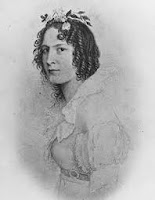 Spartacus, as he is admiringly portrayed in Plutarch’s Life of Crasssus, was adopted as ancestral hero of single-issue Abolitionists when Guillaume Raynal asked in 1770,  ‘Where is this great man to be found? Where is the new Spartacus who will not find Crassus?'  His plea seemed to be answered when Toussaint Louverture, aka The Black Spartacus, successfully led the 1791 slave rebellion in Haiti. British children were introduced in 1822 to the paradigmatic classical proto-Abolitionist via Spartacus: A Roman Story, by Englishwoman Susanna Strickland (later to migrate to Canada, campaign against U.S. slavery and find fame as Susanna Moodie). 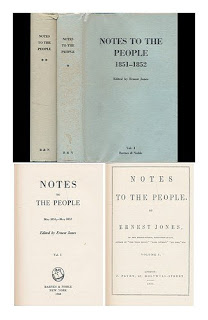 But Spartacus did not mutate from campaigner against slavery into campaigner against capitalist oppression of workers until three decades later. The individual responsible seems to have been Ernest Jones, Anglo-Welsh but Berlin-born Chartist friend of Marx and Engels. He founded the short-lived weekly journal Notes to the People (1851-2). Its fiftieth edition kicked off a three-part serial The Gladiators of Rome, narrating Spartacus’ revolt but turning it into a paradigm of principled popular working-class uprising against the super-rich.

This was a radical move, since the Chartists and other working men’s organisations had traditionally been suspicious of the anti-slavery societies whose hero was Spartacus: the British working class thought that the Abolitionists were privileged do-gooders crassly neglecting the exploitation of white workers in their own back yard.

By January 1st 1916, when the Spartakusbund became official, Spartacus had therefore been a proto-socialist for a lifetime. And 1916 was the year when Kirk Douglas was born—the actor who impersonated Stanley Kubrick’s rousing Spartacus in 1960.

The politics of that film are stupefyingly confused: there are good reasons for interpreting it as simultaneously pro-Israel and pro-Christian-Evangelical, pro-civil-liberties and homophobic, as Anti-McCarthyite but Anti-Soviet but Pro-Trade-Union.  It has one great scene for an African American actor (Woody Strode as Draba) but otherwise presents Spartacus’ fellow slaves as whiter than white. Let us not even talk about the women.

On reflection, it seems a suitable enough film for the current bewildering political climate. Margarethe von Trotta's heartbreaking 1986 movie Rosa Luxemburg  suggests the politics of oppression are refreshingly straightforward but sadly doesn't seem to be on Netflix. So Spartacus sounds like a plan for this winter afternoon.
Posted by Edith Hall at 11:24