Two hundred years ago this week the British House of Commons voted to buy the exquisite sculptures, which Lord Elgin’s workmen had in 1803 crowbarred from the Parthenon, for the sum of £35,000 (£2.4 million in today’s money). I personally prefer to call them 'sculptures': 'marbles' does not convey the phenomenal amount of work which went into their production.


The parliamentary debate on June 7th 1816 was tempestuous. A famine meant starvation for many British poor. But Lord Castlereagh, Tory Leader of the House of Commons, in triumphalist mood after Waterloo, was determined to use the incalculable symbolic value of the sculptures (despite the damage which the crowbarring had inflicted) in the cause of British national pride. He wanted to spend as much again on a British Museum in which to house them.

A forgotten hero of the debate was Peter Moore, vicar’s son and radical Whig M.P. for Coventry. He announced that he was making a counter-claim for this apparently available cash on behalf of his hungry constituents.

Last week Eddie O’Hara died. He was the inspiring Chairman of the British Committee for the Reunification of the Parthenon Marbles, of which I am a member. It is heartbreaking for his family. It is awful that he was deprived of the opportunity this week offers for public debate about the issue so close to his heart. His death is a cruel blow to the cause.

Eddie O’Hara was a working-class boy from Bootle. He got to Magdalen College, Oxford, to study Classics, in the days when such upward mobility was still made possible by Direct and Student Maintenance Grants.  He served for twenty years as Labour MP for Knowsley South. He was passionate, principled, energetic, and will be difficult to replace. 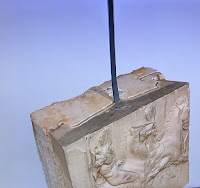 If you live in Britain, or are a Briton abroad sympathetic to the campaign to reunite the Parthenon sculptures in the city where they were created, you can find out more about how to help the BCRPM here, for example by writing to your MP. 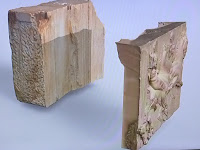 I am about to do this, again. I will point out that since most Britons had no vote in 1816, the purchase of the sculptures had no democratic mandate. I will also suggest that the current Lord Elgin donate the £2.4 million his family extracted from the British taxpayer, in exchange for sculptures expropriated from the residents of Athens, to a poverty charity or pressure organisation such as the Child Poverty Action Group. The children of Coventry, one third of whom live below the poverty line, would be a good place to start.
Posted by Edith Hall at 13:11