On Class, Classics, and Not Giving Up

It’s taken me years, but it’s happened. Last Wednesday, April 3 (the birthday of Tony Benn, socialist and President of the Greece Solidarity Campaign), my long-delayed  research project was finally launched. Classics and Class in Britain 1789-1939 has an extraordinary website, designed by the project’s Postdoctoral Researcher, Henry Stead. Take a look if you have time.


Over the next three years, Henry and I will visit dozens of archives to ask what people who were excluded from formal classical education, or put off by its elitist connotations, really thought about the ancient Greeks and Romans. By presenting their stories now, via our growing digital archive, we want to inspire more people to empower themselves with the joy and intellectual workout Mediterranean antiquity offers. The increasing cost of university education in Britain today has made it even more urgent to stop Classics yet again becoming an elitist subject.


Knowledge of the ancient Greeks and Romans’ cultures and languages was certainly used to draw lines of social exclusion in Victorian Britain, and it’s difficult to access these cultural ancestors in state schools today. Yet many heroic social reformers and revolutionaries have been inspired by classical figures and ideas—Abolitionists by Prometheus and Spartacus, Chartists by Cleisthenes, Malcolm X by Aesop, Karl Marx by Aeschylus, Democritus and Aristotle, Greenham Common women by Lysistrata. Classics just can’t be disentangled from class—even the words come from the same Latin noun.


A classis was a group of people ‘called out’ together (the verb is clamare) by shouting and trumpets--the men in a meeting or the ships in a fleet.  Servius Tullius, the sixth king of early Rome, ‘called out’ his people to the first census to find out what assets they possessed. The men in the top of his six classes -- the men with the most money and property -- were called the classici.  The Top Men were thus called ‘Classics’. By metaphorical extension the Top Authors could be called ‘Classic Authors’, scriptores classici, to distinguish them from 'inferior' or metaphorically ‘proletarian’ authors, scriptores proletarii. So the ‘superior’ corpus of Greek and Latin authors, read by ‘superior’ gentlemen, got called the ‘Classics’ in the early 18th century.


I failed to get funding four years ago for a more European-facing version of this project from the European Research Council, whose referees (distinguished classical scholars) could not understand its ‘relevance’ to anything in which they were interested. I failed first time round with the AHRC, the British funding council, because one of the referees alleged that my style of communication had ‘a streak of vulgarity’ (which might be thought to be useful in a project about social class); s/he gave the proposal a 4 when the two other reviewers both gave it the top mark of 6. I went through the complaints procedure, which took four upsetting months, even ending up with a brush-off from the Parliamentary Ombudsman, who said that the AHRC had 'followed their published procedures'. 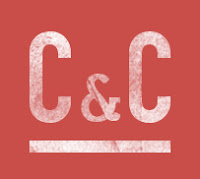 But the AHRC, bless them, DID fund Classics & Class when I obstinately and with considerable vulgarity resubmitted the proposal last year. We want our archive of digital ‘Encounters’ between Classics & class consciousness—from any location or historical period, of any variety, reactionary or progressive--to be a collective achievement, and encourage everyone to help build up the collection. Just get in touch with Henry at King's College London Classics Department. Henry is a poet, whose PhD was on cockney versions of Catullus, so if you are lucky he will answer you in rhyming slang.
Posted by Edith Hall at 11:00