Just how Funny is Homelessness?


As the bitter weather kicks in, it is getting harder to walk past  (on the Strand, sometimes walk over) the homeless, blue as they are with cold. In London a large proportion are very young, although they often look fifteen years older than their biological age. 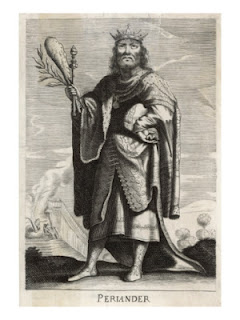 The first teenager known to be made officially homeless in western history tellingly suffered for the same reason as his counterparts today—conflict with a parent. Lycophron was the second son of Periander, tyrant of Corinth.  At the age of 17, Lycophron discovered that his father had killed his mother. Herodotus the historian describes how the youth refused to speak to his father at all, until the murderer,  enraged, threw him out. Lycophron ended up ‘making his lodging at the doors of public buildings’. After failing to wash or eat for four days, his father tried but failed to get him to come home, unable to understand why the teenager ‘chose’ the life of a beggar over ‘submitting to his parents and betters’.

Most young homeless have been put in equally impossible positions.  Like Lycophron, they often end up dead several decades before their time. The older ones arrive on the streets because their relationships have broken down, they have lost their jobs, or they are mentally ill; a disgraceful proportion have served in the armed forces and not been properly looked after by the compatriots in whose name they risked their lives.

The extremity of the  responses which the homeless elicit amazes me.  That a film of an NYPD  policeman giving a homeless man a pair of boots can go viral, as it has this week, gives me hope for the future of humanity. Yet the homeless are also considered appropriate targets for humour by some of the wealthiest young people in the world: last week, the entertainment at Justin Timberlake’s wedding consisted of a video (made by a friend of his who works in—wait for it--real estate) featuring homeless people wishing the multimillionaire happiness. And the lantern-jawed Twilight Star Robert Pattinson ‘joked’ last summer, when he split up with some woman, that he had been forced to live in a trash can underneath an archway.

Twenty years ago, there was outrage amongst even liberal members of the chattering classes when Tony Harrison’s Trackers, based on a play by the august Greek tragedian Sophocles, was tasteless enough to address directly the issue of the hundreds of homeless then sleeping all around the National Theatre and Waterloo.

And on Wednesday a friend of mine, normally a charitable person, rebuked me for giving money to a young woman squatting in the remains of a cardboard box because I was ‘encouraging’ her [to do what exactly? retain an interest in cardboard boxes?]. Worse, he said that she would ‘only spend it on drugs or alcohol’. Frankly, if a fiver could buy her sufficient cheap booze to anaesthetize her even for a couple of hours, it was money well given away.
Posted by Edith Hall at 18:13