On Tuesday, in my neighbouring town, I drove into the field labelled ‘Repatriation Parking’. I joined the heartbreakingly small group which had assembled beside the bleak stretch of tarmac leading out from RAF Brize Norton: a few old soldiers with regimental flags, dazed young soldiers, a handful of weeping womenfolk. I was shocked at how few we were--perhaps a hundred.  No members of government or of the royal family attended. 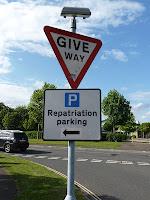 The corpses of Lt Paul Chesterman (26), Lance Corporal Matthew Smith (26, father of four children under eight years old) and Guardsman Jamie Shadrake, who had just turned 20, were driven past one by one as we clapped slowly. They were the 423rd, 424th and 425th British service personnel to die in Afghanistan. 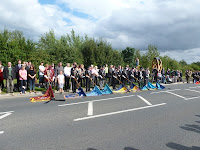 The Prime Minister when ‘Operation Enduring Freedom’ started bombing Afghanistan in 2001 was Tony Blair.  Soon after, on 24th September 2002, Blair’s government published a 'dossier’,  making (I believe consciously and cynically) the completely false allegations that Iraq had sought ‘significant quantities of uranium from Africa’, and Saddam Hussein’s ‘military planning allows for some of the WMD to be ready within 45 minutes of an order to use them.’ The Sun newspaper helpfully obliged by publishing bellicose rubbish under the heading 'Brits 45 minutes from Doom'. 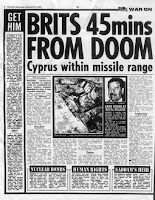 My hero Harold Pinter said at the time that the British people were coerced by lies into following the USA to war, ‘a country run by a bunch of criminal lunatics with Tony Blair as a hired Christian thug.’

Tony Blair, for all his piety, did not come to honour the dead soldiers last Tuesday. He has been otherwise engaged, advertising his desire to re-enter British politics and ‘serve’ us as Prime Minister again.

He looks so tense that at times I think he knows just what despair he has caused, and needs the hurly-burly of politics in order to distract himself from reflecting on what he has done. In an ancient Roman murder case, the lawyer Cicero argued that a murderer is not tortured by actual Furies with snakey hair and burning torches, but 'it is his own dishonesty and the terrors of his own conscience that especially harass each individual; his own wickedness drives the criminal about and affects him with madness; his own evil thoughts, his own evil conscience terrifies him.' But Cicero's belief in the inevitability of killers suffering from a bad conscience may constitute an optimistically charitable reading of the increasingly mad glint in Blair the Liar's eyes. 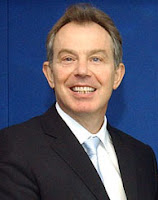 His re-election must not happen. Blair has blood on his hands. As Voltaire said: ‘It is forbidden to kill; therefore all murderers are punished unless they kill in large numbers and to the sound of trumpets.’

Blair may never be appropriately punished for his warmongering and ruthless mendacity. But at least we can vote to stop him ever getting re-elected. Then perhaps he will be forced to do some self-evaluation as he enjoys his money in his middle age and the 'sunset decades' of which he has so cavalierly deprived so many British soldiers.
Posted by Edith Hall at 13:45