How to Conceal a Female Scholar; or, the Invisible Classicist of Cardiff


Just how good does a female scholar have to be? I am ashamed of my complicity in the under-estimation of an outstanding ‘foremother’ in my field just because I internalised some disparagement of her I heard as an undergraduate. 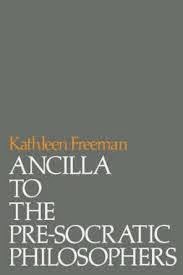 Like every other student, I used to hide my copy of Kathleen Freeman’s Ancilla to the Pre-Socratic Philosophers (1948) under the desk during lectures.  Without it we could not understand what Thales, Parmenides, Zeno and Democritus had said, the prescribed text being the terrifying multi-volume German edition of the Greek by Hermann Diels and Walther Kranz. This is a legendary work of scholarship but bristles with apparatuses, cross-references and abbreviations. It baffles anglophone teenagers from  provincial high schools. But Freeman’s user-friendly, translation into well-sprung English, with lucid discussions, was inspirational. It was also explicitly forbidden as ‘unreliable’ by the official bibliography. (It is not.)

I have now researched the original sources of all the sexist (and envious) obloquy she attracted. The review by ‘heavyweight’ Hellenist Friedrich Solmsen sounded the first notes of warning that someone without a Y chromosome had dared to essay the Pre-Socratics.

Solmsen grudgingly admits that the Ancilla will have ‘a certain usefulness’ and concludes that it is 'clear, straightforward, and also - generally – accurate’.  But in between, his vocabulary reads like a handbook called How To Imply a Dazzling Female Scholar is Inadequate Without Actually Saying So. Her translations are ‘dangerous’, ‘misleading’, ‘stultified,’ ‘over-emphatic’, ‘vague’ and ‘inappropriate’. I could go on. 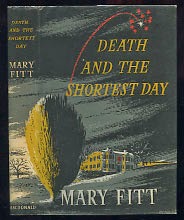 The daughter of a travelling salesman from Birmingham, Freeman studied Classics at the University College of South Wales and Monmouthshire. She was appointed Lecturer in Greek in 1919 and never left Cardiff.  In 1926 she published The Work and Life of Solon (still essential reading). It was the first of many erudite and vivid books on a breathtaking range of classical topics and authors, philosophical, historical, legal, rhetorical and literary. She published on Jane Austen and Dylan Thomas. She also knocked off, under the pseuodym of Mary Fitt, several detective novels. 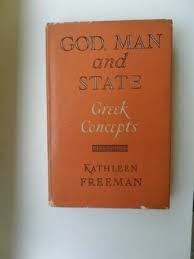 Freeman ploughed her own furrow. She lived with her girl-friend, a G.P. She never got promoted or an honorary doctorate except for one for fiction. She never won any classical honours, fellowship, memberships of academies, prizes, or distinctions. She was never invited to give any prestigious lectures. Instead she worked hard for the Cardiff Naturalists’ Society, the Save the Children Fund and the National Council of Women.  She lectured to miners and to soldiers. We await the biography of her by another excellent female classicist, Eleanor Irwin. 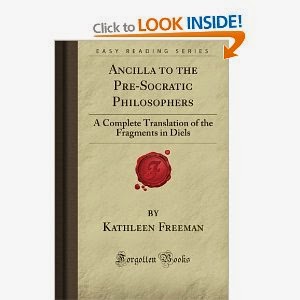 Many reviewers, even while patronising her, wondered why Freeman had called her book an Ancilla, the Latin for ‘a little handmaid’. I think that Freeman was having a jolly good laugh at them. We know she was hilarious because of the portrait of a Latin Professor in her first novel, Martin Hanner. She had used her excellent brain to make the Pre-Socratics intelligible and accessible to every man and woman in the English-speaking world. But of course she was not going to get uppity. She was just a little handmaid to the Solmsens after all.
Posted by Edith Hall at 13:46