Some inspiring developments this week, but I’m feeling too dyspeptic to do them justice and am postponing that blog for a few days.  I’ve also seen three great shows, two of them classical. But I’ve just said goodbye to both teenagers, from neither of whom I’ve ever been parted for more than a week, as they go off to see the world this summer.

Mother-daughter separation anxiety has been exacerbated by the first anniversary of my mother’s death and the imminent marriage of my widowed father to an old friend of his. This plan was announced less than three months after mum’s funeral. The consequence has been that she visits me almost nightly in my dreams to complain she has been forgotten. 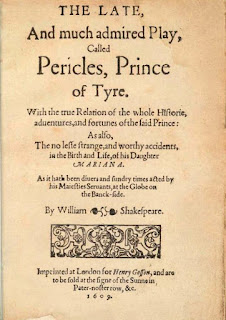 Show 1 was Mama Mia. I sobbed miserably through “Slipping through my Fingers”, the big ABBA ballad as daughter leaves home.

Show 2, Pericles Prince of Tyre, was even worse. This strange Shakespearean play is ultimately based, via an ancient prose novel found in many medieval Latin versions,** on Euripides’ lost tragedy Alcmaeon in Corinth. It features Pericles’ teenaged daughter being joyously reunited with her mother, long believed dead.

All this meant that Euripides’ bloodthirsty Bacchae in the gardens of New College, Oxford, came (to me at least) as light relief. It was produced by that great gardener and classicist Robin Lane Fox, now embarking on a new career as impresario, and beautifully directed by my friend Yana Sistovari.  As I said in my talk introducing the Thursday performance, this example of proto-Artaudian Theatre of Cruelty features psychosis, corpse dismemberment and infanticide. But there’s no mother-daughter bond in sight.

Incidentally, the bacchants confirmed my hunch that Tories can’t understand democratic Athenian tragedy. Michael Heseltine was in the front row, but looked completely baffled throughout. People my age will remember him all too well (he was Deputy PM more than once): neither of my far-flung daughters is old enough to recognise his name.

** Apollonius Prince of Tyre, the Latin versions probably stemming from an original ancient Greek romance which drew on the plot of Euripides' tragedy. Coincidentally, Alcmaeon in Corinth was produced in the same group as Iphigenia in Aulis and Bacchae in 405 BCE, so the same actor who played the Prince of Tyre figure would have played Dionysus in Bacchae. 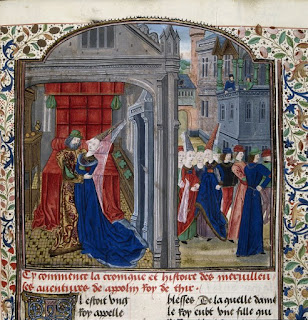