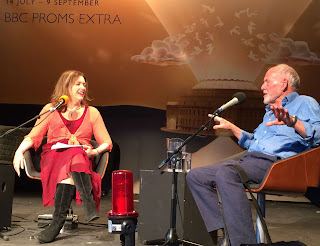 It’s been Phoenician-Carthaginian Week for me, culminating last night at the Proms in a BBC debate on ancient mariners with archaeologist Sir Barry Cunliffe.  Earlier I had talked about Carthage, the mesmerising lost civilisation centred in Tunisia, to the cast of the upcoming Royal Shakespeare Company production of Marlowe’s Dido Queen of Carthage, starring the charismatic Chipo Chung.

‘Everyone knows’ that Dido was a Lebanese refugee whose project of founding Carthage (the name means New Town) was jeopardised when she fell for the visiting Trojan Aeneas. She was abandoned by him and committed suicide. Virgil says so in his Aeneid, after all.

But Virgil cynically framed Dido. He imposed parallels between the Roman conquest of Carthage and Augustus’ victory over Cleopatra at Actium. The Carthaginians themselves told a different tale. Their Dido, whom they knew as Elissa, was a she-hero who led compatriots to freedom and sacrificed herself for them. No opportunistic Trojan beau in sight.

Dido/Elissa’s original tale, preserved in authors including the Sicilian historian Timaeus, goes like this:

King Mutto of Tyre had a son Pygmalion and a daughter Elissa to whom he bequeathed joint rule of his realm. Pygmalion wanted to be sole tyrant. Coveting the gold in the temple, he killed Elissa’s husband, the high priest. Elissa outwitted her brother by pretending to put the gold into bags which were emptied into the sea (they actually contained sand), made off in a ship with the money and half the Phoenician Senate, picked up some wives for them in Cyprus, and arrived in North Africa.

From the locals she bought as much land ‘as could be covered with an oxhide’.  Cleverly, she cut the leather into narrow strips and marked out an enormous perimeter.

Unfortunately, a neighbouring Libyan leader named Hiarbas sought her hand in marriage. Under pressure from her own people to accept, she chose to kill herself so that they would not become subject to him as their queen’s husband and patriarch. With this self-sacrifice she secured the fierce autonomy of the Carthage of magnificent generals Hamilcar and Hannibal for many centuries to come.


I love Marlowe. This production comes highly recommended. It has an outstanding director in Kimberley Sykes, a charming, plausible, Scottish Aeneas in Sandy Grierson and a moving, empathetic Daniel York as Iarbas. But it’s high time a 21st-century playwright dramatized the Carthaginians’ indigenous story of their exemplary Founding Mother. The Romans need to butt out at last from Dido’s inspiring quest epic.
Posted by Edith Hall at 09:52