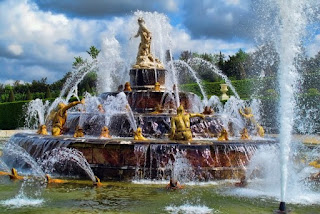 Yesterday, thanks to my French-resident big sister Nicky Nicholson, I came face-to-face with the class war in France. On a trip to Versailles, we saw the Latona fountain shooting its jets of water into the winter sunshine. Its labouring peasants are back, being turned into frogs in perpetuity. They were punished for questioning Leto/Latona’s right to demand their clean water for her children, one of whom was Apollo, the avatar of Louis XIVth, the Sun King himself.

As tasteless as everything else in Versailles’ 2,000-acre testimonial to economic exploitation of the under-classes, the fountain has recently been put back in action after a lengthy restoration. It transfixes in lead, marble and gilt this ancient parable of cosmic hierarchy told in Ovid’s Metamorphoses 6.

Lizards and turtles set the watery theme at ground level. Next come the peasants undergoing metamorphosis, and multiple rows of frogs. Latona, mother of the Sun King, stands on the summit, oblivious of their suffering. She gazes west towards the next massive fountain, which portrays her son in his adult glory, perpetually arising at dawn in Apollo’s magnificent chariot.

The don’t-get-above-your-station message of the Latona story had been a favourite of absolute monarchs with a 'divine right' to rule for centuries before Louis XIVth. It unsurprisingly fell out of favour in the Age of Revolution. But we could bring it back, with fountains in cities across the world portraying the international super-rich and their financial-‘industry’ lackeys lording it over the rest of us frog-people.

The ultimate irony is that it was lack of clean water for the lower orders, not for the aristocracy, which was one cause of the 1789 revolution. Louis-Sébastien Mercier advised his readers  at that time not to stop drinking water from the Seine: ‘Some say it loosens your bowels, but I drink it every day, and I’ve never suffered anything like that. But then I let it stand for a while. That way the filth settles at the bottom.’ I wish the same could be said of human filth in our political systems. A trenchant Greek proverb gets it right: 'It is not only ducks which float upon the water.'
Posted by Edith Hall at 11:17 No comments: 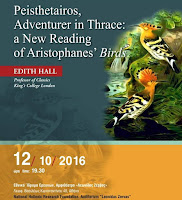 A lecture on Aristophanes’ Birds I gave in October at the National Hellenic Research Foundation in Athens has just gone online on youtube. It is in English and starts at 7.44 minutes in. The lecture preceded both the U.S. election and the latest wave of repressions in Turkey. But Birds is eerily relevant to our times.

The comedy that gave us the idea of Cloudcuckooland is often viewed as a joyous, lyrical utopian fantasy, or a comment on the Athenians’ doomed expedition to Sicily. But in my view it is a bitter satire on faux-'friends of the people’ who use allegedly democratic processes to increase their personal power and fill up their private moneybags.

The protagonist Peisthetairos, ‘Chum-Persuader’, goes to the Balkans to use Bird-Jingoism to persuade the gullible, under-educated feathered natives of Thrace to ‘elect’ him tyrant. He becomes Master of the Universe. My lecture argues that he is the comic counterpart of the Athenians who made personal fortunes from colonial properties and commercial operations (mines and slave markets) they owned in Thrace, especially those who set themselves up as tyrants of Hellespontine semi-barbarian communities.

Peisthetairos is usually said to be the charming counterpart of Dr Dolittle, talking to the animals. But he is much closer to Kurtz in Joseph Conrad's novella Heart of Darkness, the brutal ivory trader in the Belgian Congo who commands a trading post and persuades the natives he is a demigod. Or to his descendant the AWOL Colonel Kurtz, Despot in Cambodia,  in Coppola’s Apocalypse Now.

Under the Cloudcuckooland regime, rebel birds are secretly arrested, executed, and eaten by their own species. The obedient birds willingly concede all decision-making and executive power to their human exploiter. He uses a pharmaceutical to grow wings, in order to appear to be 'one of them', although really remaining human.

In August I visited Pistiros, an ancient Greek entrepot in Bulgaria with an enormous wall which I think may even have been the original Cloudcuckooland, or at least a place like Cloudcuckooland, where cynical Greeks colonisers and merchants exploited local labour and resources. 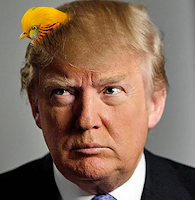 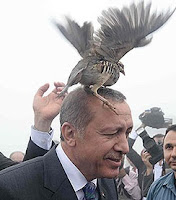 I would love to stage a production of the Birds amongst the ruins of Pistiros. The only problem would be deciding the face of which ‘populist’ dictator-manqué currently hogging the international headlines to feature on the 'hero's' mask.

Is Every Classically Educated Female a Virago? 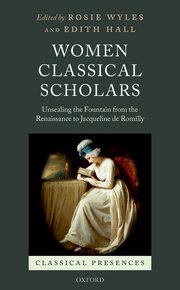 ‘Must we suppose that if a woman knows a little Greek and Latin she must be a drunkard, and virago?’ Thus wrote Anne Donnellan in 1762. She was outraged that in Henry Fielding’s novel Amelia, the only woman with a classical education is immoral and dissipated.

In the 19th century, women classicists were held to be physically repellent and borderline insane, as demonstrated by this cartoon instructing male students at Glasgow which women to avoid. Reading Sophocles and Aristotle (right) was a sure sign that the woman was a witch; go for the one who studied sketching and music instead. 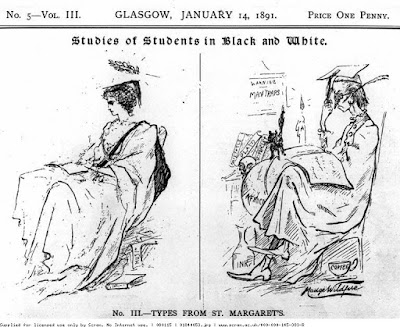 It was to rescue some of the real foremothers of female experts on ancient Greece and Rome that with Rosie Wyles I have just published Women Classical Scholars. It contains twenty essays, by an erudite, committed team, on just some of the remarkable philologists, who happened to be female, born between the Renaissance and  WWI, and working in lands from Russia to post-bellum USA.

The appendix to the Introduction points to many others, from New Zealand to Romania, who came to our attention too late to include. We hope they will now receive the attention they deserve: potential PhD students, please take note! They were identified through an outstandingly successful exercise in crowd-sourcing, via the Facebook Group Classics International—global collective research at its most exciting.

And the book’s publication coincides with other exciting signs that the long-overdue feminist reappraisal of the history of classics is about to enter overdrive:

·    The unflagging UK Women’s Classical Committee is offering training you can sign up for to encourage better coverage of women scholars on WIKIPEDIA.
·        The lifelong supporter of women now directing the Institute of Classical Studies, Professor Greg Woolf, is systematically reviewing the under-representation of women in for example the named ICS fellowships—I’m delighted that Dorothy Tarrant (1885-1973), the first ever UK female Professor of Greek, is finally to be honoured.
·        I was interviewed by Yung In Chae for the online magazine Eidolon and we discussed how the history of women scholars could illuminate the still far from satisfactory position of women in academia.
·        The research trend is expanding internationally; Rosie and I were invited to talk about our work at an excellent conference in Pisa this week exploring the way women scholars in the late 19th and 20th centuries broke down boundaries between classics and philosophy, anthropology, literature and above all between the Ivory Tower and the public. Inspirational. So was the hospitality and especially the free beer and wine ON TAP in the staff refectory.

And our book changes the visual associations of classics as a discipline. It contains portraits of most of our subjects, our personal response to the endless Old White Male Clerics who gazed down at us coldly in the college dining halls and libraries we inhabited as students. We want our smiling foremothers to hang alongside them in our collective memory, not in a different building. 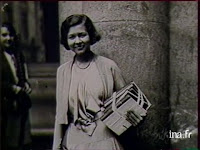 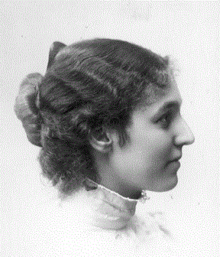 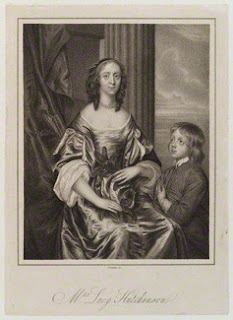 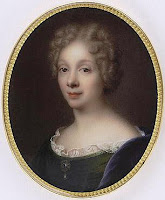 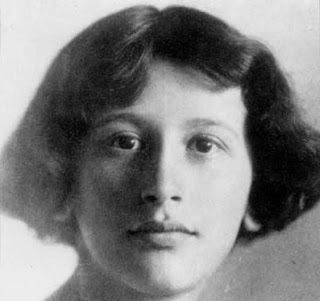 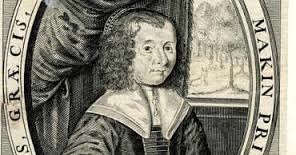 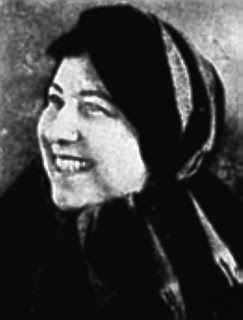 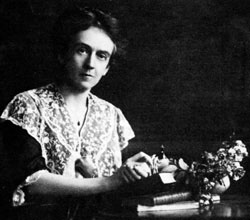 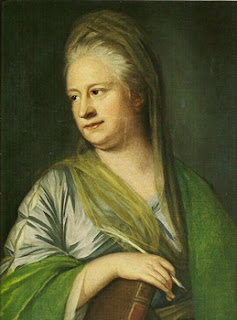 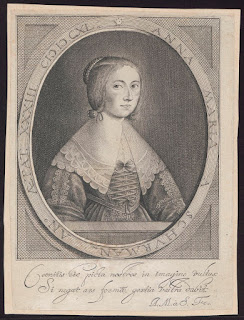