As Fidel Castro sails off on Charon’s ferry to the Underworld, perhaps he will be greeted by a chorale from the musicians who have arrived there during 2016—David Bowie, Prince, and Leonard Cohen. He may want to have words with Nancy Reagan, who died last March, since the Cuban Security Service calculates that the CIA tried to assassinate him during her husband Ronald’s presidency no fewer than 197 times.

Castro’s death coincides with my quest for comedies set in the Underworld subsequent to Aristophanes’ dazzling Frogs, which features the world’s first deceased ‘sit-up’ comedian in the form of a mordantly witty corpse. There are surprisingly few Hades comedies (despite its title, Dante’s Hell epic The Divine Comedy  isn’t exactly a barrel of laughs).

In Frogs, Dionysus gets the idea for the trip to Hades from Heracles, who once did the downward journey (technically known as a katabasis) and knows the ropes. Aristophanes’ greatest ancient admirer, Lucian, was inspired by Frogs in several amusing dialogues between travellers on Charon’s ferry or longstanding incumbents of Hades. 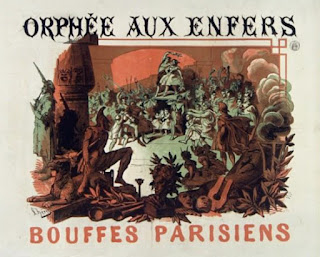 The Underworld was also visited in Greek myth by Orpheus and Odysseus. In Orpheus’ case I have the final scene of Jacques Offenbach’s Orpheus in the Underworld (1858), where the gods hold a riotous party in Hades. They are so bored  by Zeus's old-fashioned taste in dance that they invent the ‘infernal gallop’, better known as the can-can. For the Odyssey,  there are hilarious passages in Margaret Atwood’s 2005 novel The Penelopiad, in which Penelope muses on life in Hades alongside Helen and the hanged slave women.

An American friend recommended Your Pretty Face Is Going to Hell, which has been showing on Cartoon Network since 2013; the rather plodding humour results from transferring the familiar idea of ‘workplace comedy’ to Hell, adding morbid piquancy to office-situational jokes. 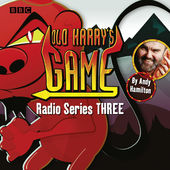 I can also talk about the side-splitting BBC radio comedy series Old Harry's Game, written by Andy Hamilton, who starred as Satan.  The best episode featured a Jihadi suicide bomber, furious that he had not been awarded his promised thousand virgins, getting into a scrap with an evangelical Christian fanatic. But I have always been worried that a leading character was an academic historian called Edith, a murder victim, who thought she knew a lot about the ancient Greeks. 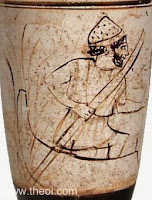 Surely there must be other comic plays, novels and movies set in Hell or Hades which have embarrassingly slipped my notice? I genuinely believe in crowd sourcing for this kind of thing, so all suggestions gratefully acknowledged when I give the lecture at Warwick Uni. And if you have nothing better to do, you can enjoy composing that comic script in which Fidel finally tackles Nancy.
Posted by Edith Hall at 09:43 3 comments: 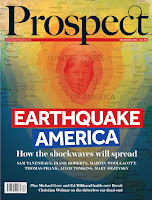 I’m pleased that a review I had almost forgotten writing is featured as one of the ‘free-on-line’ essays in the current edition of the august Prospect magazine. If you’re interested you can read the  full 2,000-word version here. The book is The Tragic Imagination and it will cause a stir because it is by Rowan Williams, the controversial and uber-intellectual former Archbishop of Canterbury and now Master of Magdalene College, Cambridge.

There have of course been historical attempts to subject Greek tragedy to cosmetic surgery which reduces its ferocity to force it into conformity with a Christian outlook. Neoclassical tragedy regularly made Medea kill herself at the end of her play or turned suffering virgins like Iphigenia and Antigone into proto-Christian nuns and martyrs. In one spectacular Christian reading,  Lee Breuer’s 1988 Broadway musical Gospel at Colonus, Oedipus  was indeed implausibly ‘redeemed’ by a  rousing African-American Pentecostal singalong.

Williams’ awkward marriage of Christianity to tragedy emphasises Greek plays and more recent ones based on them, such as Anouilh’s Antigone and Sarah Kane’s Phaedra’s Love. So keen is Williams to show that Anglicans with a penchant for German Idealist philosophy (Kant, Hegel etc.) have a special understanding of tragedy that he needs to water down the potency of both pagan theatre scripts and Christian doctrine.

His analysis can never do justice to the Greeks’ uncompromising honesty about (1) the unfairness of a life in which good people suffer and evil people die comfortably in expensive beds, (2) the excruciating pain endured by so many humans during their brief years of consciousness alive, and (3) the pleasure as well as the moral education bestowed by watching beautiful theatre in which suffering is talked about in exquisite poetry.

As Aristotle saw in his Poetics, humans suffer inside and outside tragedy because they make mistakes. They may be mistakes of fact (Oedipus does not know his wife is his mother) or of moral judgement (Creon in Antigone is the worst leader and decision-maker in mythology and wrecks his family and civic unity as a result). To these human causes Aristotle adds the factor of chance or luck. Philoctetes was a good man unlucky enough to step on a snake and get a gangrenous infection which tortured him for years.

Often the good or bad luck in the plays (not in Aristotle) is caused by the partisanship of a childish god. Phaedra was the unwitting victim of collateral damage caused by her stepson's irreverence towards Aphrodite. But Greek tragedy is littered with innocents who suffer and die with no god intervening to help, just like human history.

I have always thought that the great advantage of Christianity, besides making some believers very kind, is that it offers hope. Hope that there may be some providential meaning in suffering; hope of redemption, salvation, the punishment of unrepentant malefactors and of a blissful afterlife. But Williams’ writing repeatedly stresses that human life is consistently crap while advocating Christian worship. He wants to have his classical Greek cake (while never acknowledging its beauty) and eat it at a Christian tea party. That’s what the Professor-ess said this week, with some trepidation, to the ex-Archbishop.
Posted by Edith Hall at 11:41 2 comments: 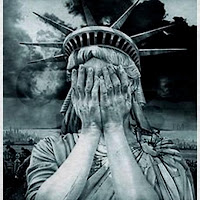 Happy 13th (Ides) of November, or Feroniae, the 'freedom festival' when Romans celebrated the central Italian goddess Feronia during the Plebeian Games.

Feronia was identified by Roman antiquarian Varro with the goddess of Liberty, Libertas. Her statuesque American avatar, with spoked diadem, has often been depicted this week weeping over the presidential election.

Livy says Feronia/Liberty was a favourite goddess of freed slaves. Slaves could take refuge in her temple and were manumitted there, their new status ceremonially marked by the donning of a conical felt cap, the pileus.

After the French Revolution, the pileus became a symbol of freedom much used not only by Republicans but by Abolitionists. John Flaxman’s Abolitionist design for a monument entitled ‘Liberty’ shows her bestowing the cap of liberty on a kneeling African slave as the priests of Feronia did on freed slaves in antiquity.

Liberty, albeit whiter than white, wears her red pileus proudly in ‘The Apotheosis of Washington’, painted in the dome of the slave-built US Capitol by Greek-Italian Constanino Brumidi in 1865, the year slavery was abolished. But there have always been racists at the top of the US government, as emphasised by the genesis of the statue commissioned earlier to crown the Capitol's dome externally.

The original design by Thomas Walter envisioned a 16-foot tall Liberty holding a Liberty Cap. The second design, by Thomas Crawford, had Liberty actually wearing the Liberty Cap, encircled with stars (see fig. right) But this emancipation symbol was prohibited in 1854 by the then Secretary of War, Jefferson Davis, a Mississippi slave-owner and future President of the Confederacy. He knew it was a potent 'code' for Abolitionists: his view was that ‘its history renders it inappropriate to a people who were born free and should not be enslaved.’

On Davis’ own suggestion, Liberty’s pileus was replaced by the design he finally approved in 1858, having personally dreamed up her ‘bold arrangement of feathers, suggested by our Indian tribes.’

Native Americans were themselves historically enslaved by both Spaniards and US citizens on a scale which has only just begun to be appreciated (California was still passing laws to facilitate 'Indian' enslavement as late as 1860). I can only speculate with embarrassment what they today make of either Trump's election or the peculiar head-dress worn by the statue atop the venue where Congress convenes. 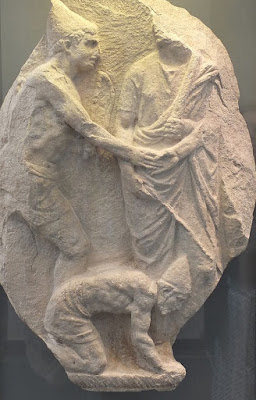 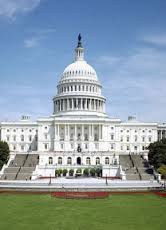 Today is the anniversary of the Gunpowder Plot by which some English Catholics planned to blow up the House of Lords on 5th November 1605. The plot failed because the gunpowder had been rained on. This was England in November after all.  Total cock-ups relating to the sovereign power of parliament are going strong today.

I am so confused by the questions BREXIT has raised this week that I have written this four-point attempt at clarification to protect my own sanity.

ONE. The UK is a parliamentary democracy. Our 650 MPs, elected by British citizens, do have far too much power relative to those citizens.  But the way to change this is through education of our young in their own constitution, which would produce pressure for reform, not by disregarding parliament at an incendiary  moment when the future of the country is at stake.

TWO. The immediate problem lies with the role of the Prime Minister, whom we do NOT elect. S/he can arbitrarily decide to ignore the representation system and hold a referendum (as David Cameron did so irresponsibly over membership of the EU), for any reason, including a desire to consolidate personal power within their party. 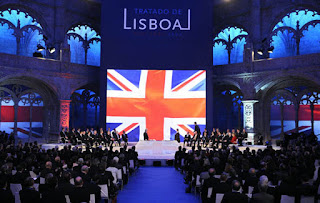 THREE. This is not democracy but despotism: referendums allow one individual to over-ride the entire legislative system which has taken centuries to evolve. That is why referendums are not legally binding and no British PM ever used one until 1975.

How dare Theresa May consider using ‘royal prerogative’ to stop our elected parliamentary representatives voting on when Article 50 of the Lisbon Treaty 2007 can be triggered? I thought that kind of crazy autocratic language was halted forever with the execution of Charles I in 1649. Thank god for the High Court judges who this week made it rain, if only temporarily, on her undemocratic parade.

FOUR, the vote on 27th June 2016 to leave the EU was made by British citizens, most of whom can’t tell you the name of their own MP, and who understood nothing of the legal and constitutional practicalities which a ‘leave’ vote would entail. Given the boring bureaucratic evasiveness of Article 50, we can see why audience-pleasing newspeople avoided analysing its implications in favour of covering the puerile scrapping between Gove and Johnson. But this meant that most Britons had zero understanding of the power which a ‘Leave’ vote would put not in their hands but in those of the Prime Minister.

We did not even know then who the PM would be. We did not know that, for all her much-cited integrity as the pious daughter of a virtuous vicar, she would not be above using ill-informed anti-immigration rage, as expressed in the popular right-wing media, to circumvent hard-won constitutional imperatives. Despite also being a vicar’s daughter, I find myself agreeing with Oliver Price in Robert Graves’ 1936 novel Antigua Penny Puce when he says to his sister that women can be surprisingly immoral, 'Especially the daughters of the clergy'.** Let it rain, let it rain, let it rain.

**Thanks to Professor Mark Golden for this reference
Posted by Edith Hall at 11:46 5 comments: