On Visions and Petitions

Last Monday, Principal Paul Layzell published an article in The Guardian in which he lamented ‘the absence of a coherent government vision’ for Higher Education. If my reading of his bland prose is correct, he thinks that competition between universities is detrimental to the national good:  ‘we do best as a sector, with shared goals, rather than as individual institutions looking out for ourselves’. Layzell promises that he and his fellow Vice-Chancellors, given ‘a sense of direction, and leadership from government’, could ‘do so much more.’
The opacity of this pronouncement is worthy of the Delphic oracle.  The phrase ‘we could do so much more’ sends chilling tingles down my spine. It makes me feel like the sacrificial animal that was made to tremble before the Pythian priestess would mount the tripod and reveal Apollo’s opinion. So much more what? Even more assiduously turning our universities into ‘for-profit education providers’? Doing even more deals with shady corporations and hiring even more professional Managers to swell the overheads extracted from the labour of the people doing the teaching? Is Layzell asking for more emphatic governmental endorsement of commerce’s carpet-bagging of our intellectual heritage?
Perhaps my cynicism is unjustified. Another way to read Principal Layzell’s indistinct utterance, ringing out from his tripod in the oracular shrine concealed beneath Royal Holloway’s Senior Management Wing, is as evidence that he has undergone an extraordinary conversion. Perhaps he now has really seen that abandoning Higher Education to the free market amounts to cultural vandalism.
If, like his namesake the Apostle Paul on the road to Damascus, Layzell has indeed seen an edifying vision and been suddenly converted, he might consider the alternative to trying to redirect towards the government, and away from managers including himself, the blame for the recent damage done to the collective morale at Royal Holloway.
The alternative is this. Why doesn’t he use his prominent position to begin an e-petition which, if it receives 100,000 signatures, will make the proposal eligible to be debated in the House of Commons. He could propose, for example, that ‘Higher Education and University Research need to be planned and funded by the State’. 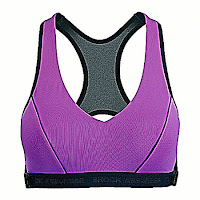 I can even save him time finding the website: http://epetitions.direct.gov.uk/. I am convinced that this proposal would attract more signatures than most of the e-petitions on Education listed there, which include making sports bras compulsory in schools. Although, come to think of it, I would much enjoy hearing that debate. I think we need to hear whether Nick Clegg could maintain a consistent position.
Posted by Edith Hall at 10:40