Despite sharing the yearning for public transparency and Freedom of Information which the Wikileaks project has represented, I have no more idea than most people whether Julian Assange has had dodgy or even criminally violent sex with any women in Sweden, or whether he is being framed. Or indeed, both. He is certainly an irritating narcissist, but that does not make him a sex criminal. If being an irritating narcissist was a crime then every single academic I know, not excluding myself, would have to be locked up immediately.

But he has raised the interesting question of the place where one might most like to seek asylum. This could be a new party game. I don’t mean that apartment in the elegant Knightsbridge embassy, either, but the Republic of Ecuador. My first thoughts were that surely, to such a cosmopolitan individual as Assange, who is used to flying around, receiving adulation, making the headlines, being photographed with his rich and famous supporters (Bianca Jagger etc.),  and causing headaches to some of the most powerful politicians in the world, Ecuador must seem remote, obscure and provincial.

Certainly in ancient Greece, sensible asylum-seekers sought to improve their lifestyles. In the Iliad, Phoenix sought sanctuary in a northern  kingdom after a tricky situation developed at home in Achaea, involving—yes--sex and crime. His father had a concubine. His mother was jealous, and persuaded her son to seduce the concubine. His father cursed him. He was about to murder his father, but just in time changed his mind and ran away to the court of Peleus, Achilles’ father, in Phthia. There he was welcomed and loaded with money.

Later, the accidental homicide Adrastus upgraded from his dull Phrygian homeland when he gained asylum with Croesus of Sardis, the richest man in Lydia and indeed the world. Or take Hippias, the son of the Athenian tyrant Peisistratus, who (when things got rocky and the Athenians became democrats)  defected to Persia. Life in sumptuous Susa and Persepolis with Darius and Xerxes and their pet peacocks can hardly have been hard. When a few decades later it was Alcibiades’ turn to get into hot water at Athens, he fled straight to the only place in the Greek world as rich and powerful as his home town. In Sparta, he may have missed conversations with Socrates. But he will certainly have been able, at last, to indulge his legendary appetites for self-promotion and sex, which Socrates was always trying to argue him out of. 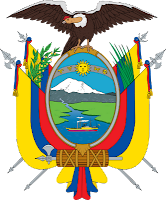 Ecuador is not a wealthy Bronze-Age palace culture, nor imperial Susa, nor classical Sparta. But perhaps Assange is cleverer than we think. Ecuador has huge advantages, besides its ancient Inca history, its beautiful Spanish architecture, its exceptionally long national anthem "¡Salve, Oh Patria!" (to which the traditional orchestration sounds like a fairground merry-go-round on Ecstasy  http://www.youtube.com/watch?v=o9ZAyAUxr3Y), its very colourful coat-of-arms, and its small population inhabiting a large and stunningly beautiful natural environment.

In fact, by the new constitution, brought in by referendum in 2008, Ecuador has become the first nation in the world to recognize the ‘rights of nature’, basically giving human rights to its amazing flora and fauna. There is also universal suffrage at the age of 16. There has been a massive injection of cash into the nation’s free public healthcare system. The historic railway lines have been completely overhauled. There are 61 universities and more than 300 HE institutions for a population of only 15 million.

If Assange makes it to Ecuador, he will not only be welcomed by a spirited government, but enjoy a life expectancy of at least 78 years, be able to swim and watch the unique mating dance of the Blue-Footed Booby in the Galapagos islands and sip chilled Anisados high in the Andes. Because Ecuador is so close to the equator, nobody suffers from Seasonal Affective Disorder. I must admit that I am rather tempted to beat him to it.
Posted by Edith Hall at 12:20