When I was little I had a fantasy that the Queen Mother would come to clean our family bathroom. Don’t ask me where the fantasy came from—I just always enjoyed imagining role inversions, such as the Romans performed at their Saturnalia festival, where people of one class got to experience life as lived by people of another.  I think the feathers the Queen Mother liked to adorn her hats with somehow suggested cleaning implements.

I have been remembering this fantasy all week as the preparations for Elizabeth II’s diamond jubilee celebrations crank into gear, and my heart sinks as I hear that nauseating tone of cooing sycophancy creep into the non-stop coverage of royal matters on which the BBC has now embarked. Even the most intellectual broadcasters seem to have been deprived of all capacity for critical thought. The gibbering on BBC Radio 4’s Today programme this morning (Saturday 10th March) beggared belief.

Last year I managed to get invited to an avant-garde theatrical premiere in Poland on April 29, which meant that I was OUT OF THE COUNTRY ENTIRELY when William Windsor finally married Kate Middleton. I had been staggered that they chose the anniversary of the marriage of Adolf Hitler to Eva Braun in their Berlin bunker on 29 April 1945. But any hope that this choice of date might have heralded the fall of the constitution of Britain, as it had in the Third Reich, was disappointed.

Even most Royalists acknowledge that Prince Philip is insensitive to the issue of racial equality, or he would neither have called Chinese people “slitty eyes” nor accused Papuans of cannibalism. Even some aristocrats would agree that Harry must have an IQ lower than his age or he would not have worn that Nazi costume in 2005. Some of them would even admit that Andrew’s activities as "business ambassador" (at the taxpayer’s expense) on behalf of some of the world’s richest people are not good for the nation’s image. But the monarch herself manages to remain almost entirely immune to criticism.

There is a simple reason for this. She has been very careful not to do or say anything which would bring into disrepute the institution from which she and her large family have derived such inestimable advantages, in terms of money, leisure and lifestyles. She may, for all I know, be nice enough as an individual. But Aristotle’s response to her record as ruler would immediately have been to point out that avoiding error is not enough to qualify a person as good.

Although she is not allowed to get involved in politics, there are many things the queen is responsible for not having done, the omission of which, given her position and personal wealth, is culpable. There has never been any impediment whatsoever to her majesty visiting destitute council estates, sponsoring charities which address poverty rather than e.g. the expensive schools she patronises like Westminster, acknowledging her gay friends’ gayness publicly, or publishing the details of her vast capital holdings and income (she is officially immune from the Freedom of Information Act). Nor is there anything to stop her offering to clean her own servants’ bathrooms to find out what it feels like. I can lend her some “lemon-fragranced” bleach any time. 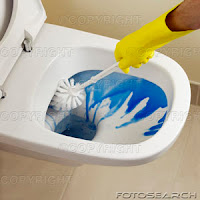 In fact, under the terms of the Treason Felony Act 1848, I have just risked life imprisonment. It is still illegal in Britain, in 2012, to “compass, imagine, invent, devise, or intend to deprive or depose our Most Gracious Lady the Queen, from the style, honour, or royal name of the imperial crown of the United Kingdom.” Joining www.republic.org.uk/, which I am about to do, surely comprises “imagining” Elizabeth Windsor being deposed. Please offer to come and visit me in prison, and given the likely conditions please bring me some toilet cleaning equipment.
Posted by Edith Hall at 14:37